What could be better than heading off down to the warmer climes of the south of England, and taking time to stop off at the Great British Beer Festival on the way?

We broke up the journey with an overnight stay in London to pay our first visit to the Earl’s Court beer festival. The arena was a swarming mass of humanity in various states of inebriation, all in good spirits having sampled many of the hundreds of beers on offer. For the hungry there was practically everything imaginable on offer from good old fish & chips to crocodile steaks and kangaroo burgers (we’d stupidly already eaten before we got there). We arrived a bit too late to get the most out of it as we didn’t realise how big the event was, but resolved to make a full day of it in the future!

A maze of old cobbled streets, Rye is one of the ‘Cinque Ports’ made into a mediaeval fortress to protect England’s south coast from attack, and is surrounded by old fortifications and castle ruins. Now a peaceful haven for tourists like us, we spent a week there in August 2009, bathed in glorious sunshine after the rains had cleared.

We rented a small cottage on Trader’s Row, a stunning location only let down by the long and tiring walk from where our car was garaged. From there we set off to explore the area.

Highlights: Spending our first day at the Riverside Festival, a small gathering but a really enjoyable afternoon strolling along the river and enjoying the sights and sounds of people messing about in boats. A lovely meal at a Thai restaurant where we discovered such an unusual thing as a Thai wine. Drinking Fuller’s ESB at the Ypres (know locally as Wipers) Castle Inn and catching a good live band there towards the end of the week.

Hastings, a small town a bit like Blackpool but without the lights. We went there with images of a quaint fishing town in our heads and left with images of litter strewn and grubby streets thronging with extras from the cast of Shameless. If you’re ever on the south coast give it a wide berth.

Bodiam Castle was a day well spent, beautiful surroundings on an idyllic day. We reached this by travelling on the Kent & East Sussex light railway, a nightmare journey in stifling conditions. We were cooped up in an enclosed carriage for what seemed an eternity, with a deranged child whose parents were oblivious to his incessant chattering and annoyingly repetitive singing. Never was a destination more gratefully reached.

Merriments Gardens were stunning; a fairly small and recent development at Hurst Green but well worth a visit, putting many of the so called ‘grand design’ gardens at stately homes to shame. 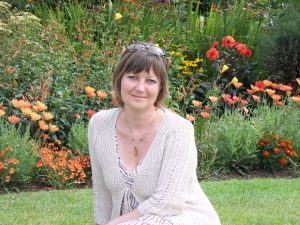 Battle, now I’m willing to bet that not many people (including me) knew that the town of Battle is actually so called because it grew up around Battle Abbey, which is the site of the Battle of Hastings. It’s actually quite some distance from Hastings itself (see, even the ancients knew to avoid the place). In 1070 Pope Alexander II ordered the Normans to do penance for killing so many people during their conquest of England, so William the Conqueror built an abbey where the famous battle had taken place. We did an audio tour of the battle field, and although there isn’t much to see it’s still a fascinating and atmospheric place.

We found a fab little bistro near to the abbey which specialised in food cooked with our favourite Belgian ales; just a shame we had to drive there!