We decided to take a late autumn break before the cold weather set in. Jill had found a flat with a sea view from a large bay window, we could look down onto the beach each day while have our morning coffee.

The shortest route took us up the B1248 through Malton, and then across the wilds of the North Yorkshire Moors. The drive was challenging for Jill at times, especially when the fog rolled in. Visibility was very low and numerous sheep sneaking out of the mist to cross the road ahead of us added to the danger.

The weather cleared as we got further north, and we descended into Saltburn after a couple of hours or so. There was time to kill as we couldn’t yet get into the flat so we had a wander round and did a bit of shopping.

A text message alerted us to the fact that our accommodation was ready, but with no hot water. A plumber would be calling round later but for now we had to do without.

Our hosts were still in the flat when we arrived. The guy was offering me his hand to shake while I still had an armful of cardboard box, this may have been to distract me from his appearance. He was dressed in a white shell-suit with a bright oriental pattern all the way up one leg and onto the jacket. He had on bright orange trainers, but the most arresting part of his appearance was the hair. He had a blonde mop, much of which was covering most of his face; he looked a cross between Jimmy Saville and an Old English sheepdog!

The flat was fitted out with quality fittings and the owner had not held back with the money when it was kitted out. We guessed that one or both of our hosts must have been living here at some time. I’m pretty sure that the granite worktops and Jacuzzi bath weren’t just for our benefit. It was only let down by old PVC windows which were either misted up or wouldn’t open; and a few kitchen tools which were well past their best.

We chilled out for the first night with some fillet steaks and a bottle of red. The cooking proved a bit of a challenge due to an unfamiliar kitchen and the lack of a decent frying pan, the steaks came out very rare!

Day one was spent walking along the beach to Redcar. We hadn’t set out to walk that far but once we got going there was no alternative apart from doubling back on ourselves. After 5 miles of hiking we were pretty tired and sought out some refreshment.

The Gypsy Rover was apparently a micropub with cask ale so we headed for that. A smell of disinfectant greeted us as we entered the pub, along with the loud banter of its three customers. They were all sat as far from each other as the pub would allow, and shouted across at each other over the music which a rather special chap insisted on trying to sing along to. The Double Maxim beer was nice but we didn’t hang around for long.

It was turning cold and starting to rain when we left the bar; but we had already decided to get the train back to Saltburn. This conveniently terminated just behind Sainsbury’s where we popped in to get a few bits before heading home.

Day two was spent exploring more locally; a walk across the beach under the pier and into the town centre. It’s a very small place and there wasn’t much to keep us occupied for long however.

Saltburn Valley Gardens was our afternoon target, a fairly small but very pleasant area, combined with a much longer walk along Skelton Beck. There were a surprisingly large number of steps and gradients to climb; and although it was a lovely walk we were both exhausted by the time we got back.

We loitered for a while and shared a portion of fish and chips on the seafront. We were stood leaning on the railings until a group of hungry black-headed gulls ganged up on us and forced us to seek shelter for fear of having our late lunch stolen.

Climbing the long flights of stairs back up from the beach as we returned to the flat was almost too much. Jill headed straight into the flat while I carried on to Sainsbury’s to get some stuff for our evening meal. That Jacuzzi really came in handy!

Day three and we set off in search of Saltburn Gill. Only a short walk from our flat, this stream had once been polluted and turned orange by silt from an upstream ironstone mine. Volunteers have restored it and it now runs clear and serves as a woodland walk and nature reserve. To begin with this was a really pleasant stroll along the waterside, surrounded by an avenue of trees. The terrain gradually became harder going however as we once again encountered those gradients and steps. We reach a point where neither of us could continue, our legs just couldn’t cope with any more climbs. 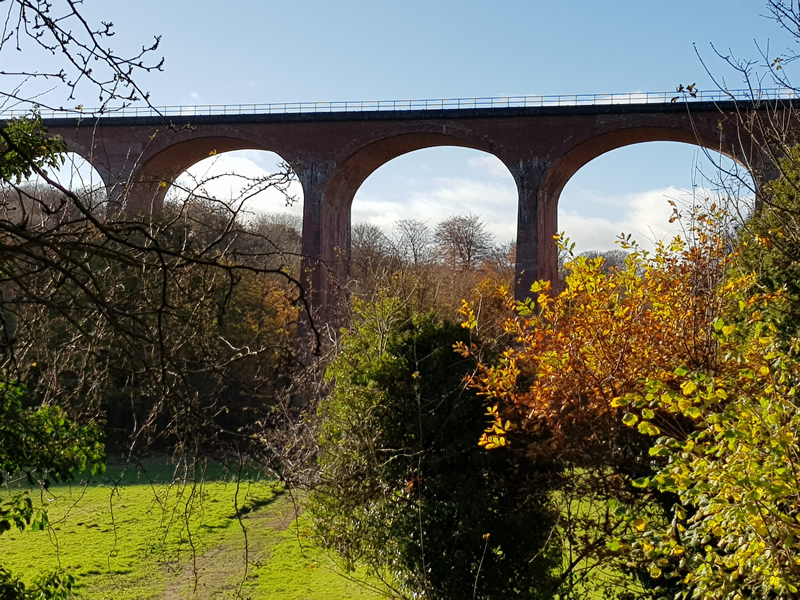 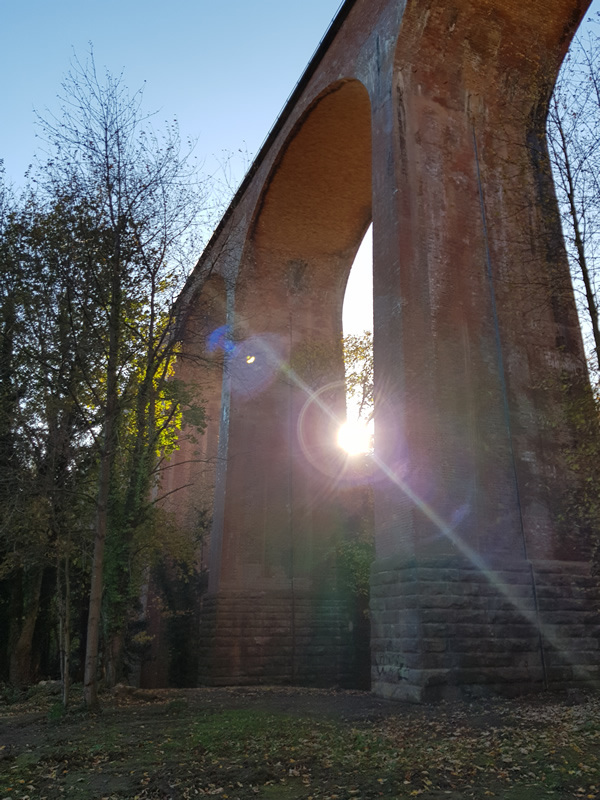 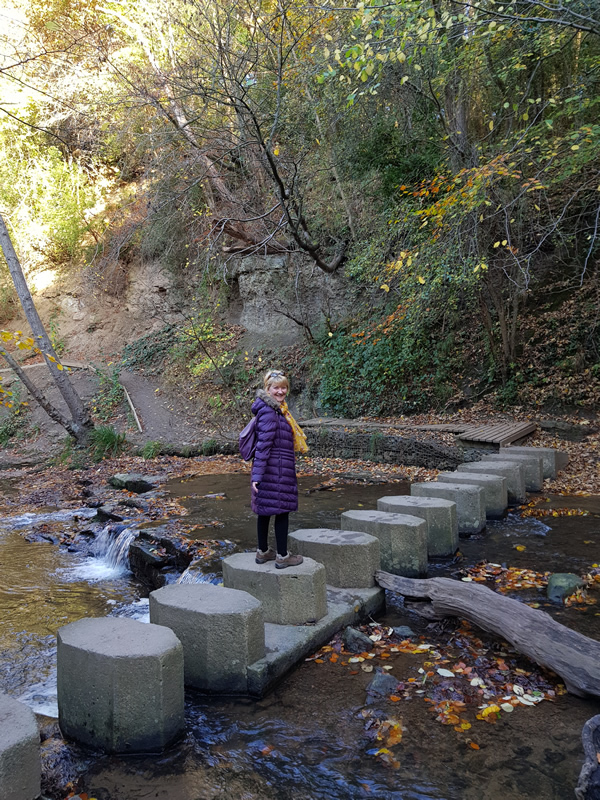 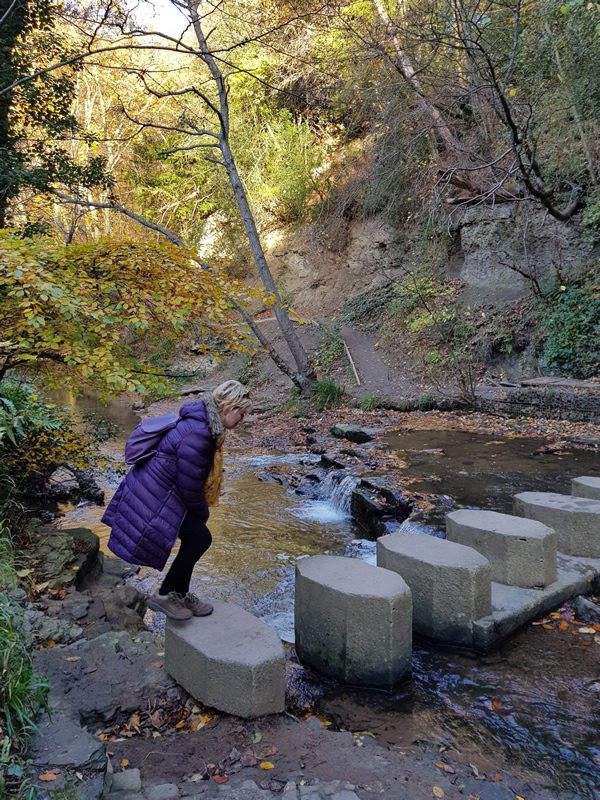 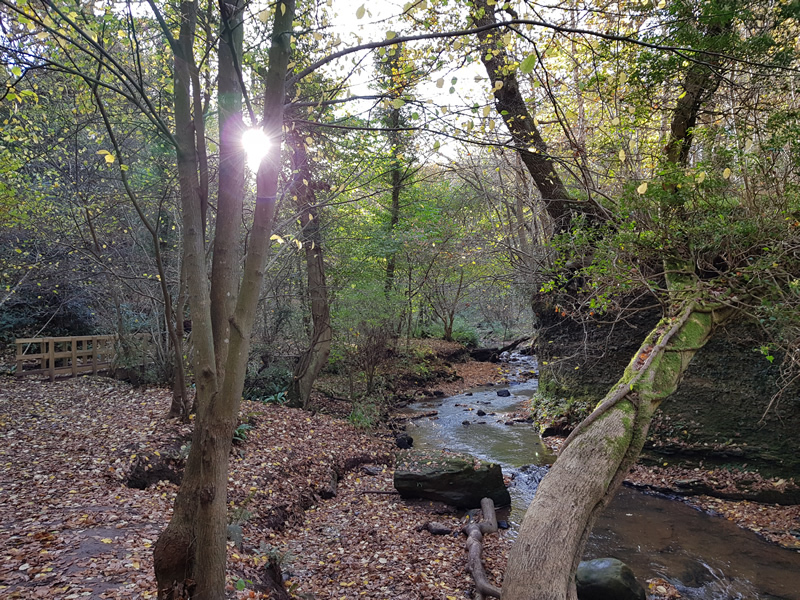 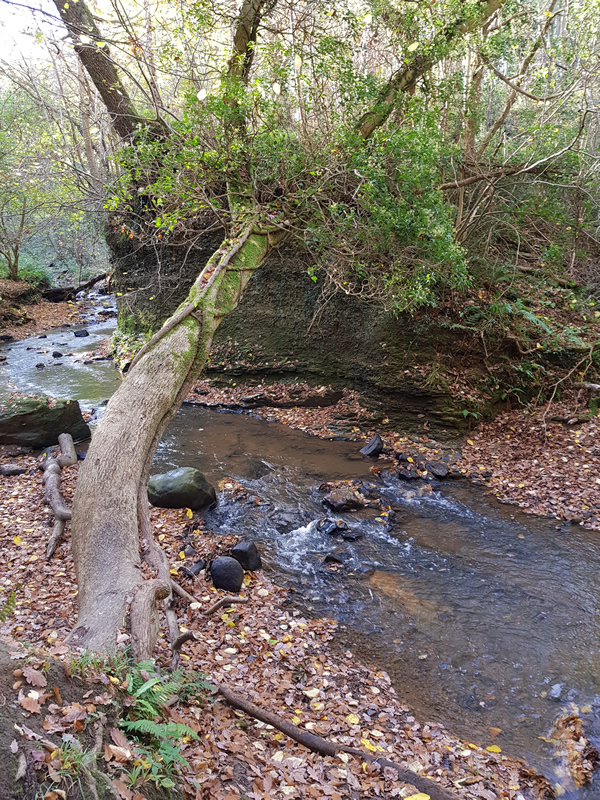 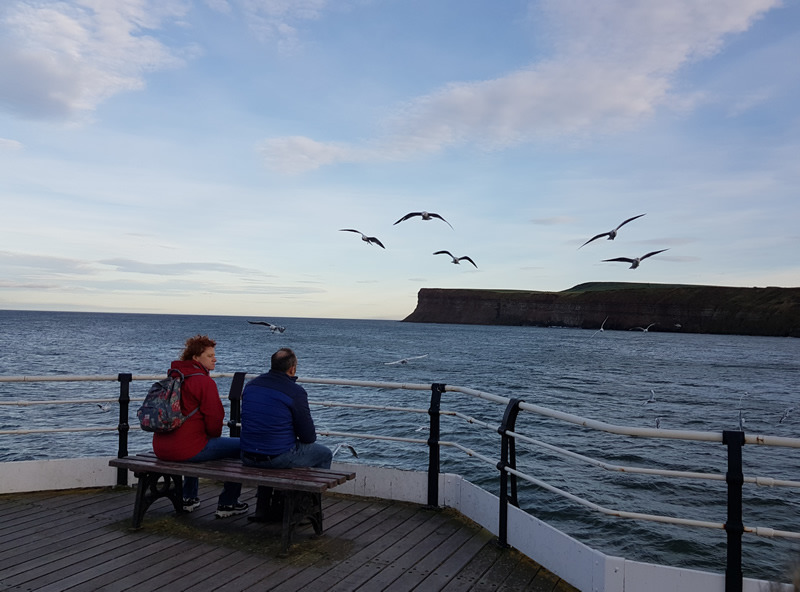 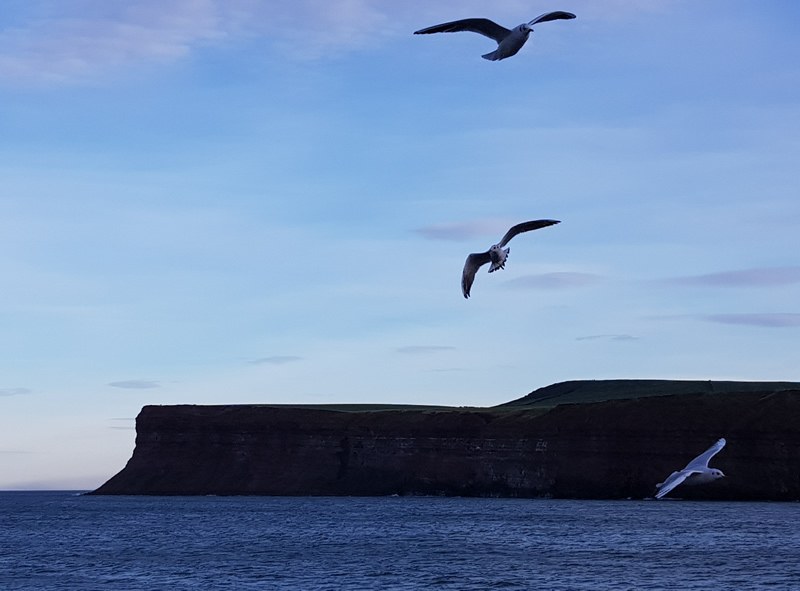 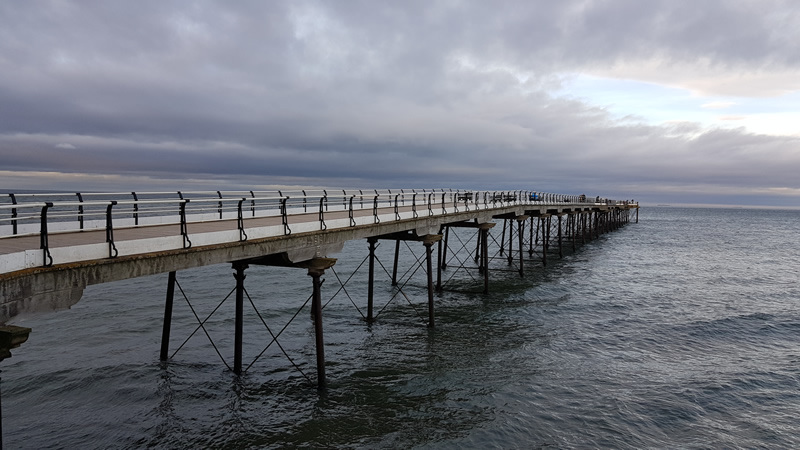 We found a way out of the woods which involved another steep ascent, but after this we were on a road back down into Saltburn. The only problem with this was that it was a narrow road with no footpaths and a 60mph speed limit. We had to cross from one side to the other a few times to avoid approaching traffic, but we made it safely down and went for a pint in the Vista Mar bar overlooking the seafront.

For our final evening we headed out to the bright lights of Saltburn centre. It consisted of a pub which only opened across the weekend and a few restaurants. We opted for the pizza place near to the pub; it was okay but a bit disappointing.

We’d been pretty lucky with the weather during our stay, but the final morning was probably the best. Jill got up early to go and catch the sunrise but I needed a bit more sleep. Once we had packed and left the flat though, we drove down to the seafront and went for a final walk along the beach and the pier. It was a lovely autumn day, bright sunshine, a bit of a breeze; and a surprisingly large number of people out on the water with surfboards. The tide was coming in and we could have spent all day breathing in the air and watching the waves crashing onto the shore. There was only a limited amount of time on the parking ticket however, so we reluctantly got back into the car and headed for home.