Our ‘cottage’ holiday in Seahouses turned out to be a modern terraced house in the middle of a small estate. It was comfortable enough though and in a good location for the surrounding area. The standard of accommodation was generally good, the only things which let it down were noisy doors, a weak flow of water in the bathroom sink and the lack of a dishwasher!

There’s not a lot at Seahouses, apart from chippies…. there is certainly no shortage of chippies. There are a few pubs, from the sprawling food-led Bamburgh Castle Inn to the intimate beer-led Ship Inn, which was by far our favourite watering hole. Other than a small harbour there isn’t a lot to explore, but it is a good base in which to set up camp for travels around Northumberland. 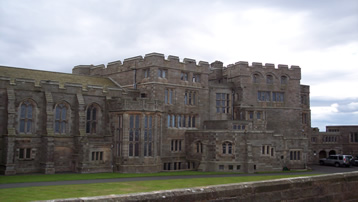 We went to Berwick basically in search of a decent supermarket, a shop worker in the local Co-op had told us it wasn’t far away and we needed to get a few things the Co-op lacked, but it turned out to be quite a distance. The journey wasn’t wasted however, as we enjoyed a lengthy walk over one of its numerous bridges, followed by a circuit of the old fortifications which ring the town centre. The walls were built after this border town was taken from the Scots by Eddie the 1st in the 14th century.

I have to say that I was bit underwhelmed by the Holy Island, I think I was expecting something a bit more rugged and awe inspiring rather than a mostly flat windswept landscape. The causeway leading up to it was a smooth tarmac highway, rather than the rocky road I had pictured in my head, but nonetheless it was still a really enjoyable day out.

The castle was closed, and enclosed by huge amounts of scaffolding, so there was nothing really to see, and the priory itself was a small ruin which could easily be seen from its perimeter without having to pay the entrance fee to go into the grounds. We spent most of our time just enjoying a very breezy walk, though there were places of interest such as the disused lime kilns and the walled garden planted by Gertrude Jekyll where we attempted to enjoy a picnic in between sunny intervals and occasional spots of rain.

Sarnies were packed again on Tuesday for our long walk to Bamburgh. It was around 3.5 miles along a wide expanse of beach, mostly easy going but a strong wind made it more tiring than it should have been. Water gurgled up from the sand at numerous points, making its way down into the many empty rock pools and the distant sea.

The castle was a welcome sight as we rounded the headland, an hour and forty minutes of walking behind us, all we had to do now was to thread our way through the sand dunes and we were there. First job was to break out the picnic, followed by coffee and cakes in the cafe. We then had an interesting audio guided tour around the castle, before heading into the village itself for the obligatory afternoon pub stop.

The walk back was a bit too much for most of us, the plan had been to get the bus back, but William headed off down the beach to Seahouses and returned in the car to ferry us home after a couple of hours in the Castle Inn.

Wednesday and we were heading for home via an afternoon at Alnwick Castle. Having done the tour of Bamburgh the day before we decided to opt for just visiting the gardens instead. Perhaps it was bit too late in the year to see them at their best as many plants had already died off, but there was still plenty to see and wander around. A tour of the poison garden was very interesting, with the water features and fountains standing out as something well worth seeing. The one big disappointment of our day was the Treehouse Restaurant we had planned to visit. The restaurant only serves a minimum of a fairly pricey two course lunch (no wonder it was empty), and despite what we had read on their website, the ‘potting shed’ cafe adjoining didn’t actually serve meals. We had to resort to eating in the packed garden cafe and the food there was of pretty low quality.

Overall it was another great holiday, plenty to cram into the short time we had there, some decent food, plenty of beer & wine and lots of laughs along the way. It seems the plan is to head even further north on our next expedition, over the border into Scotland to do the North Coast 500. Might need to invest in a bigger beer box! 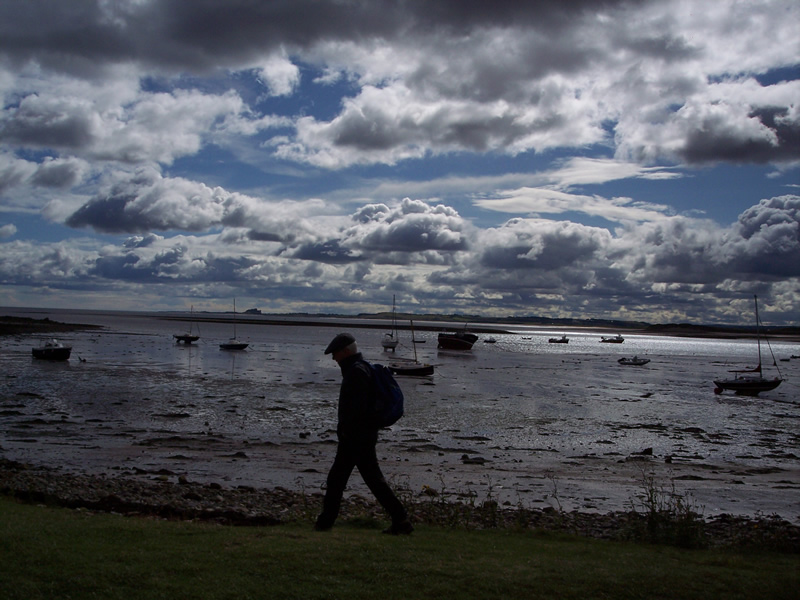 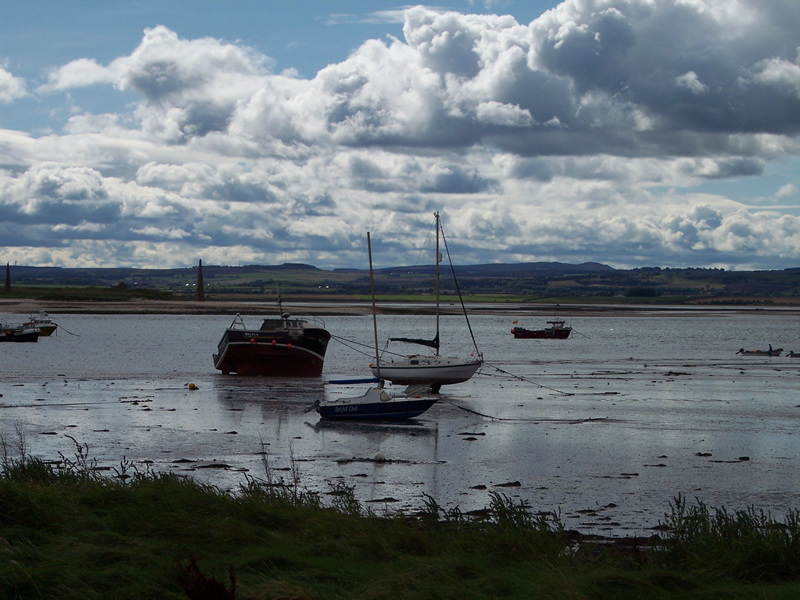 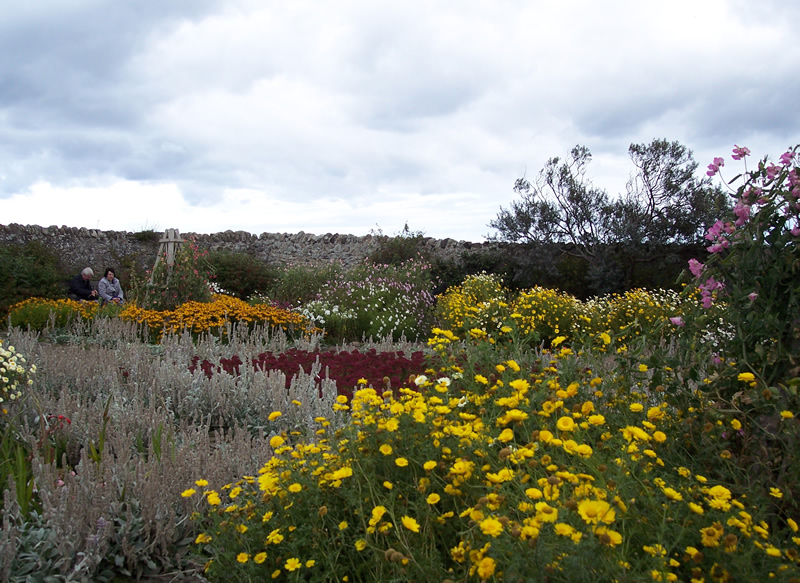 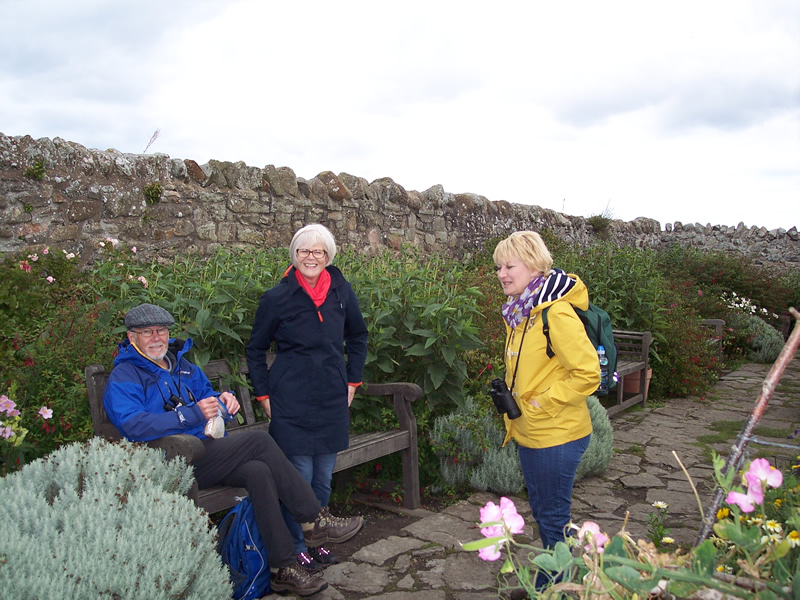 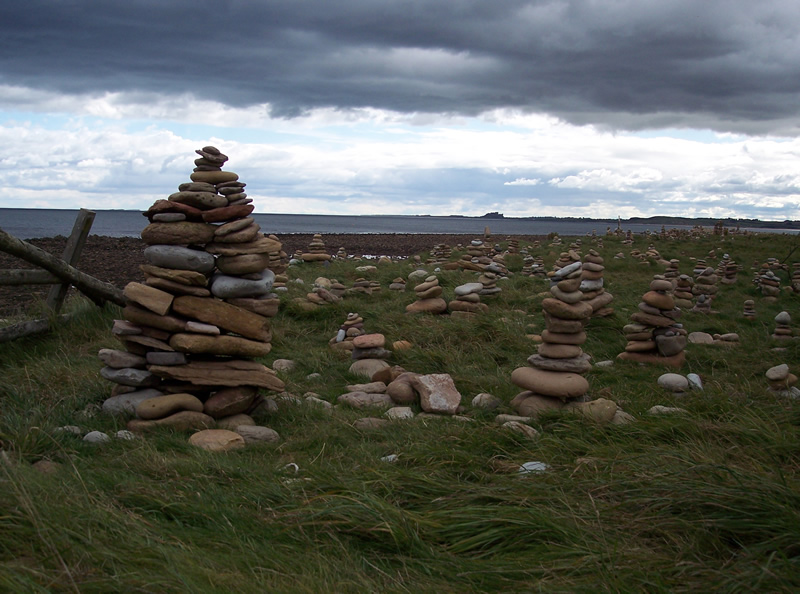 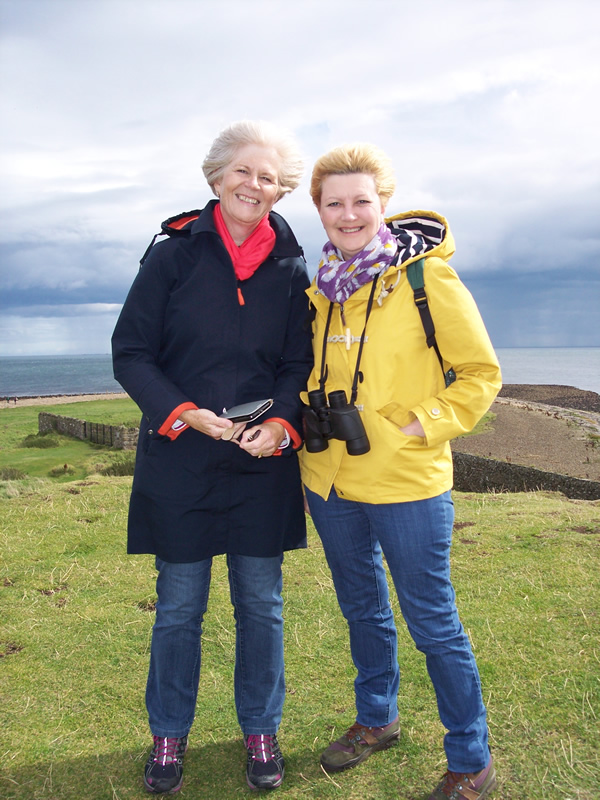 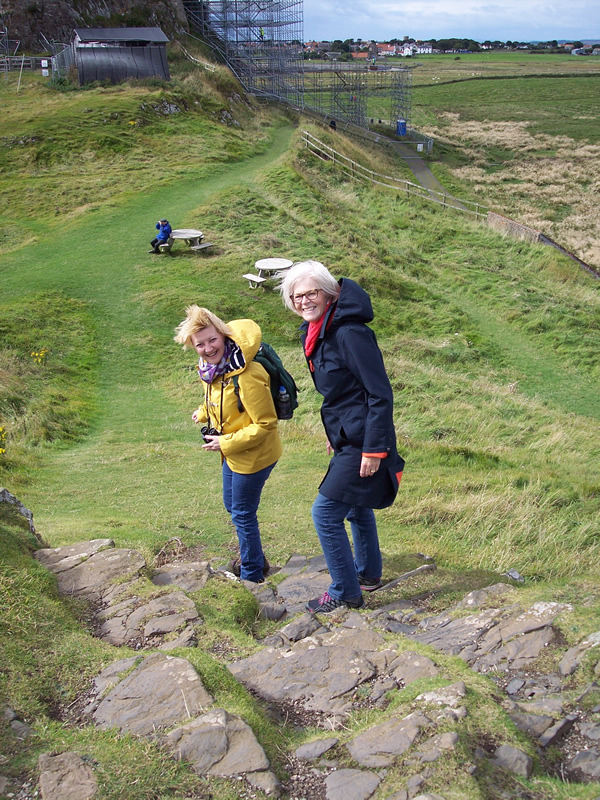 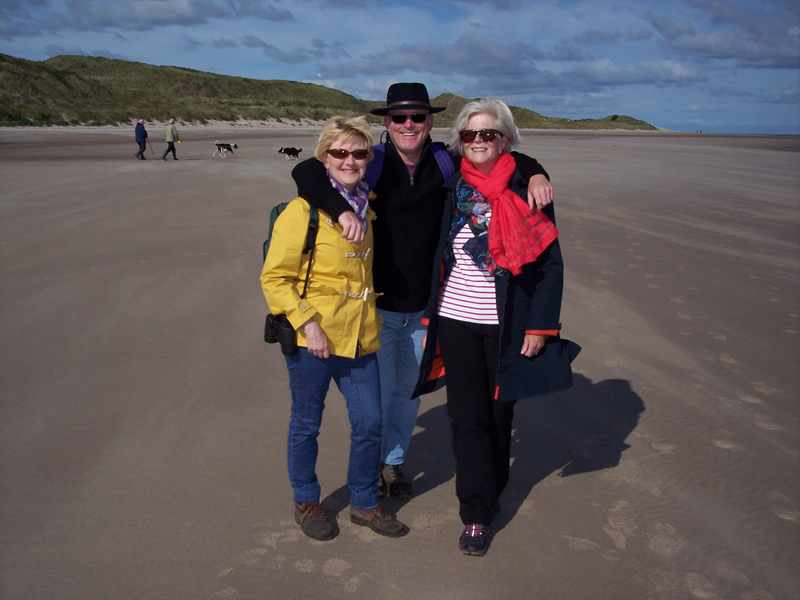 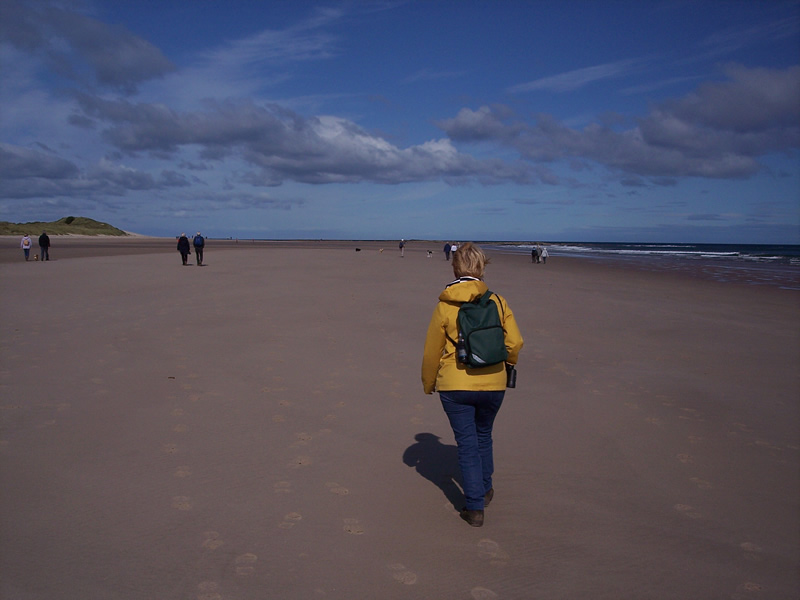 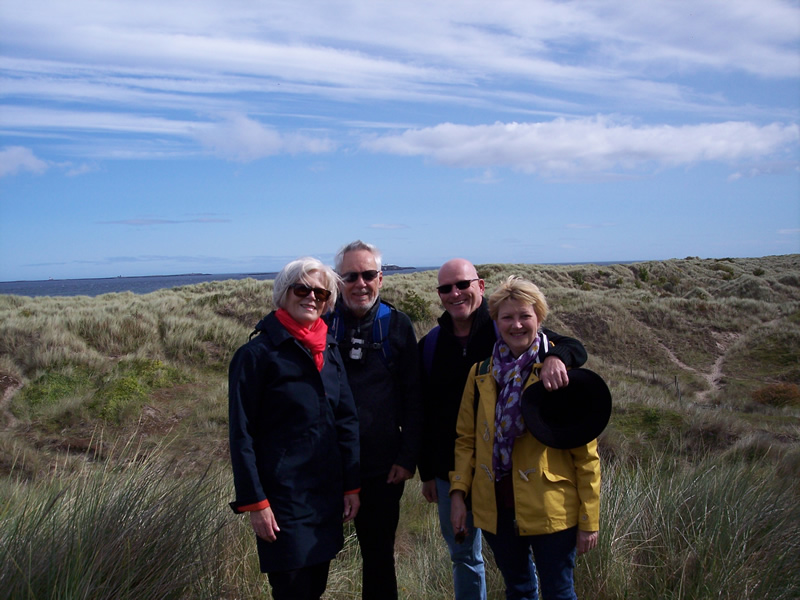 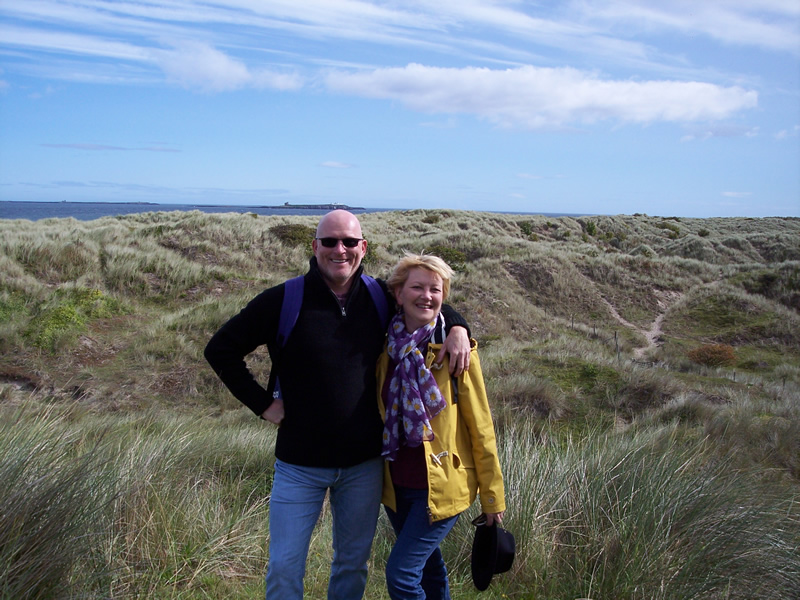 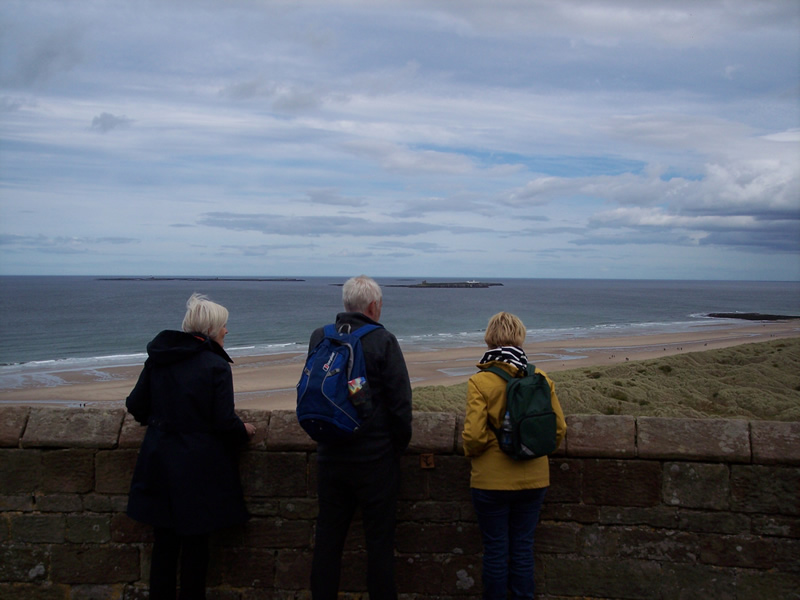 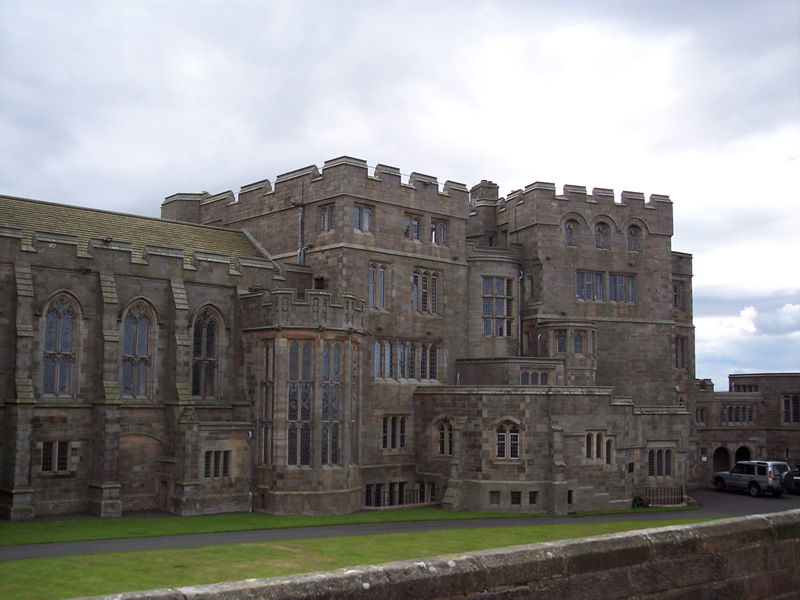 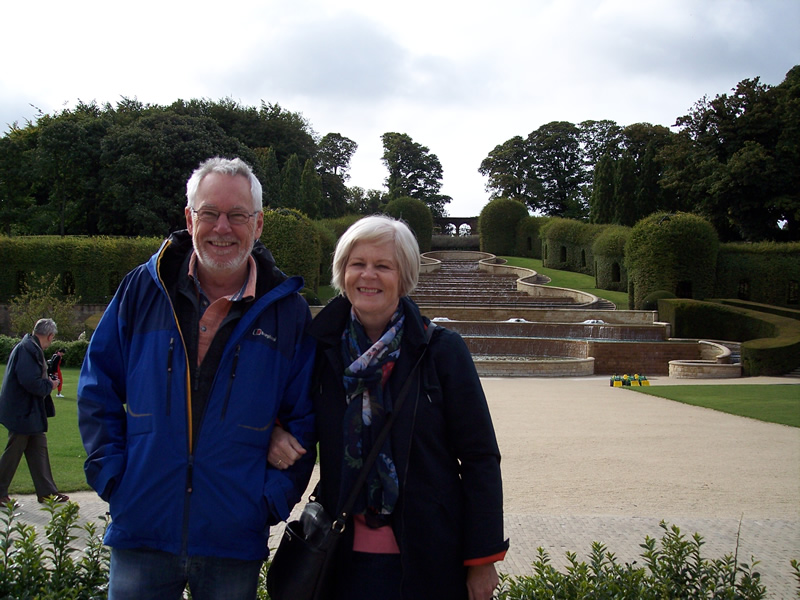 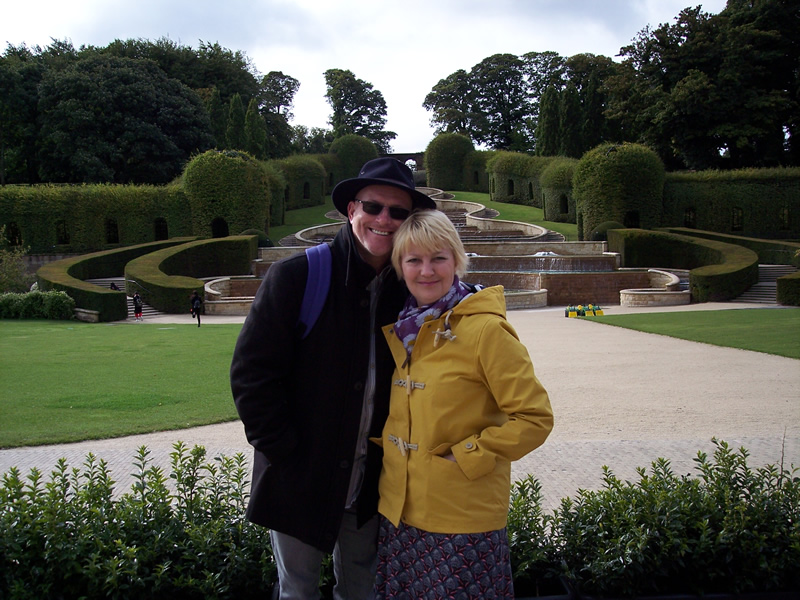 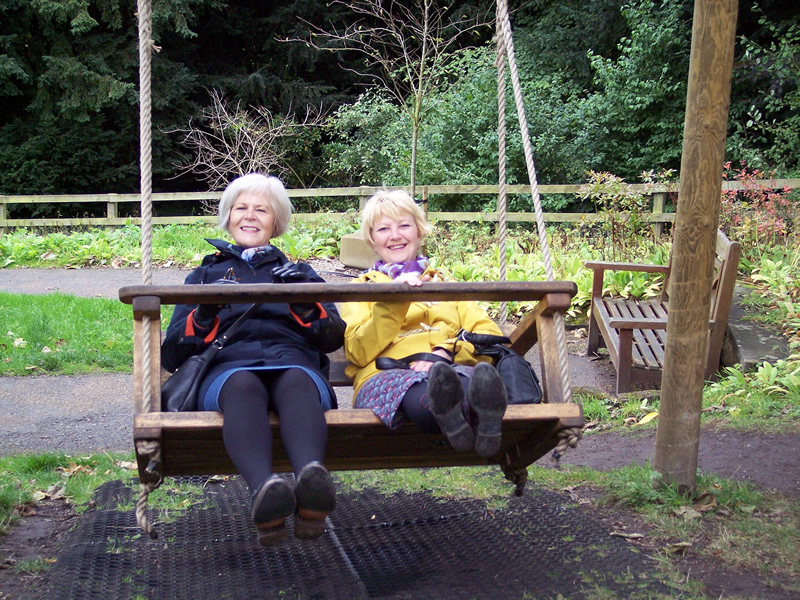 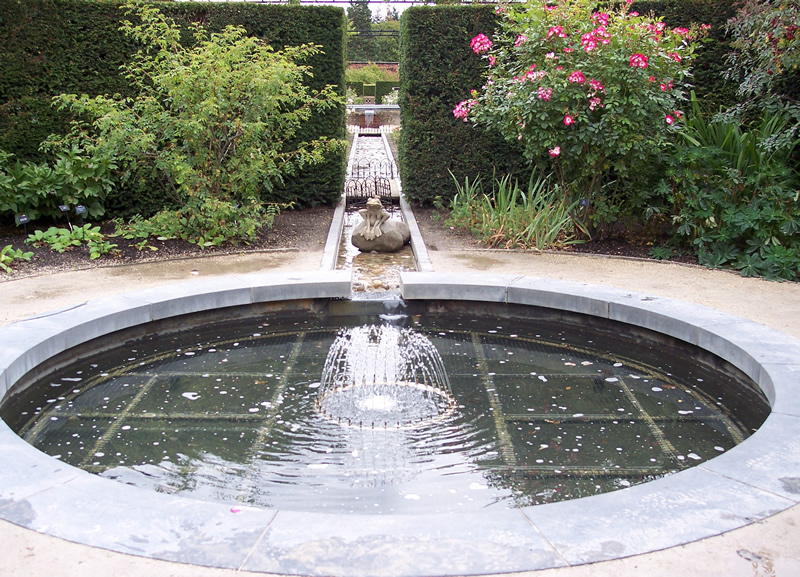 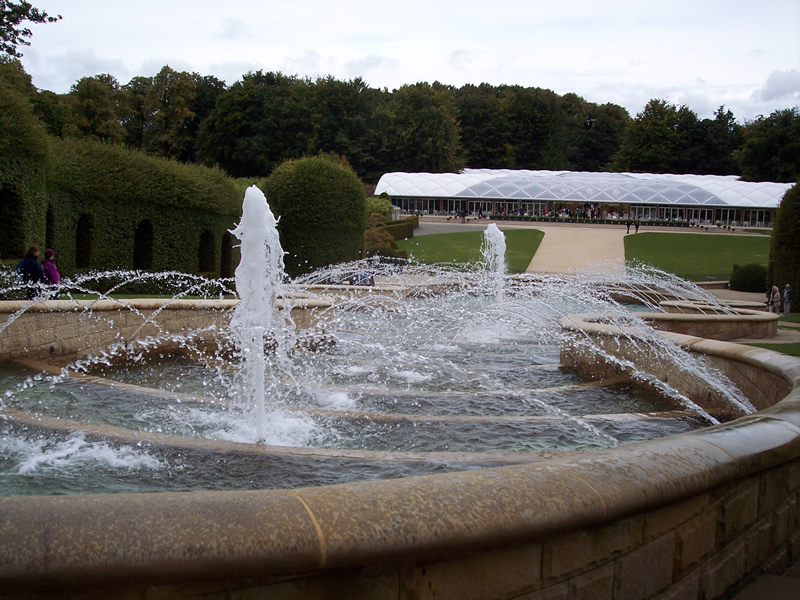 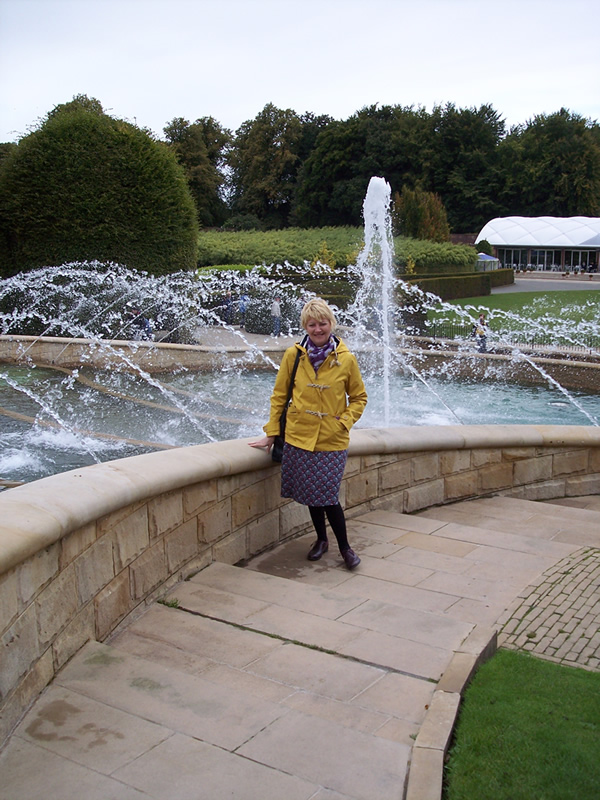 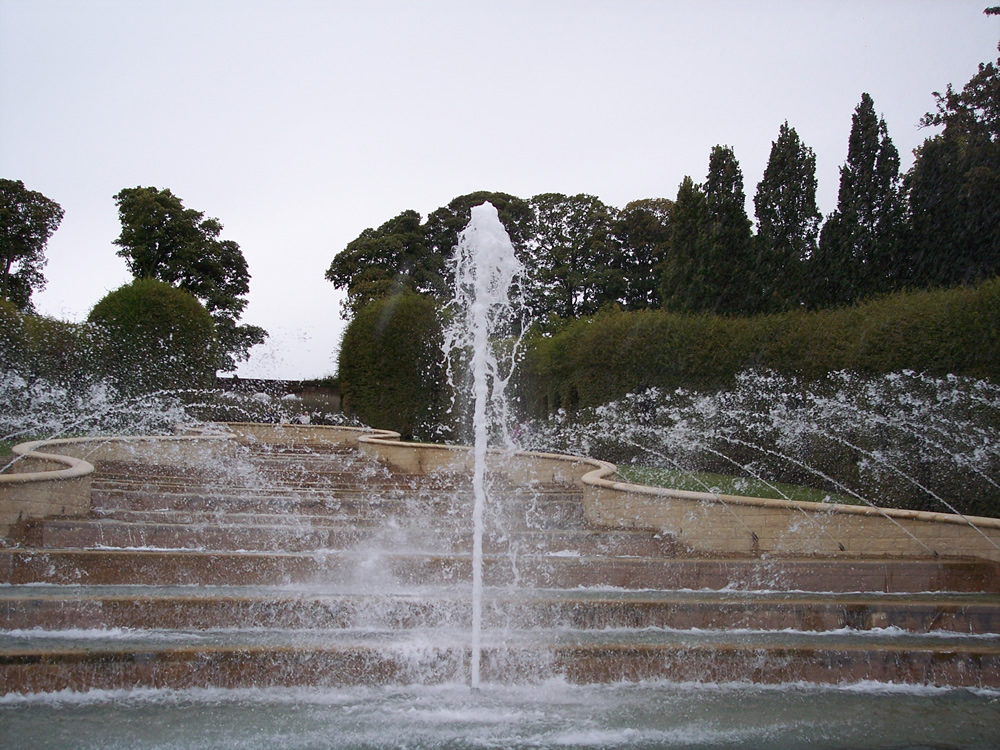 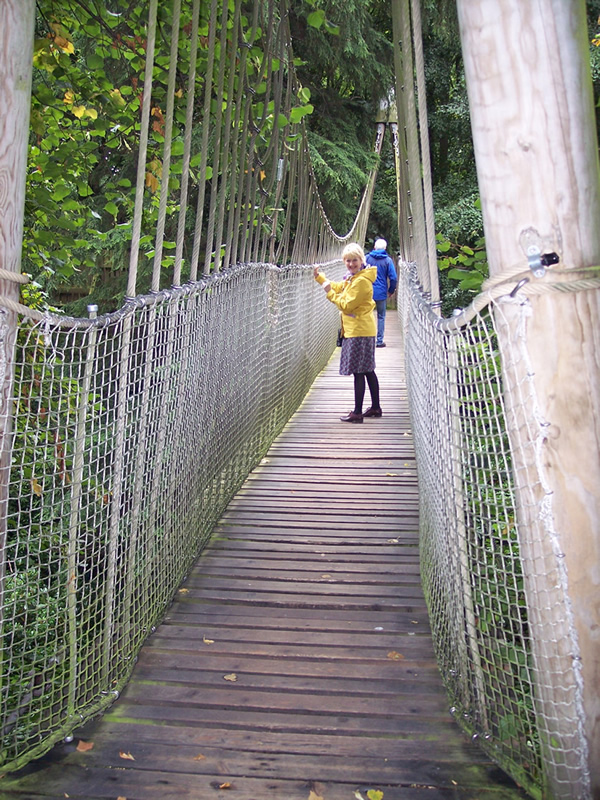 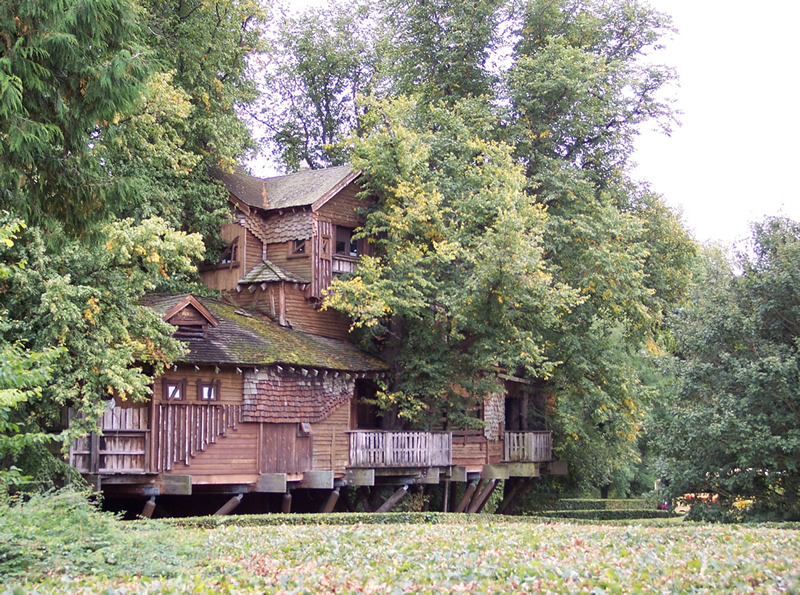 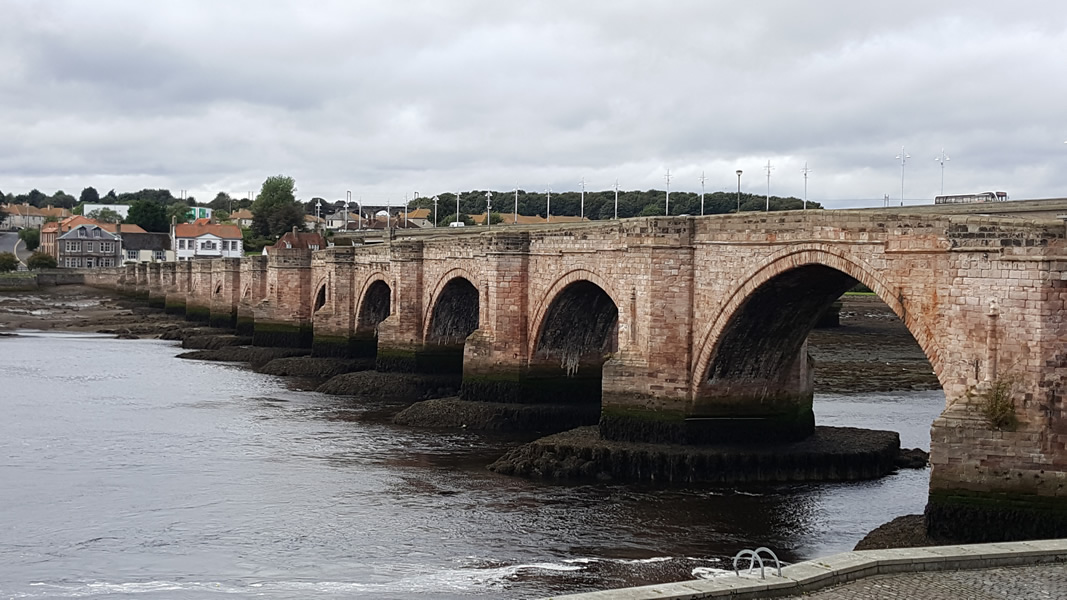 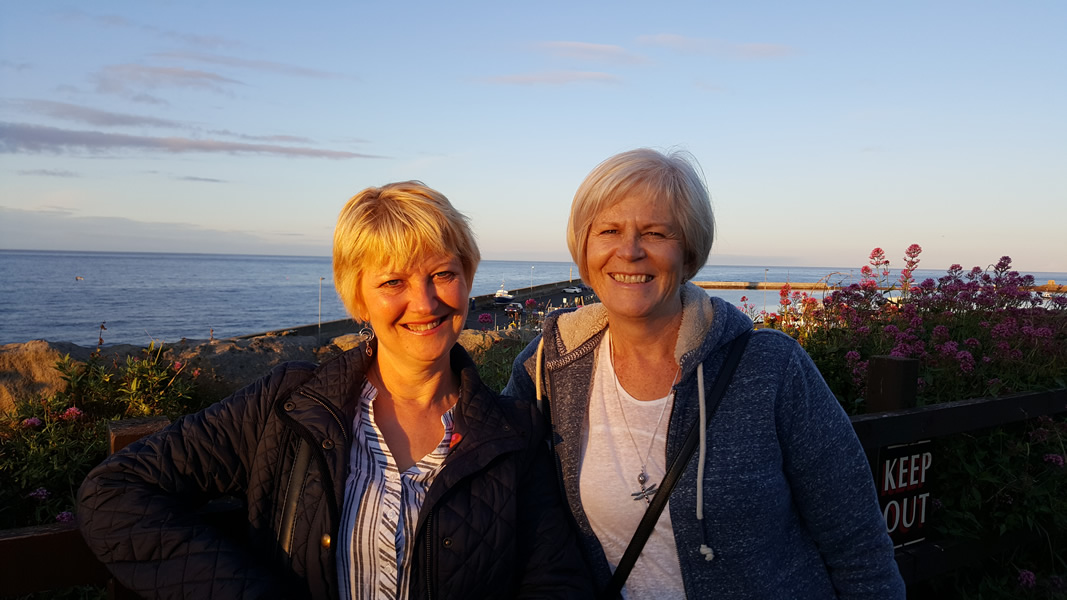