We really like Skipton and the area around it, and having seen a beer festival advertised we just couldn’t resist the urge to book a long weekend break in a lovely little cottage. The 1855 Wash House was tastefully decorated to a very high standard, with lots of thoughtful touches. It was a real pleasure to stay here and our weekend seemed far too short. 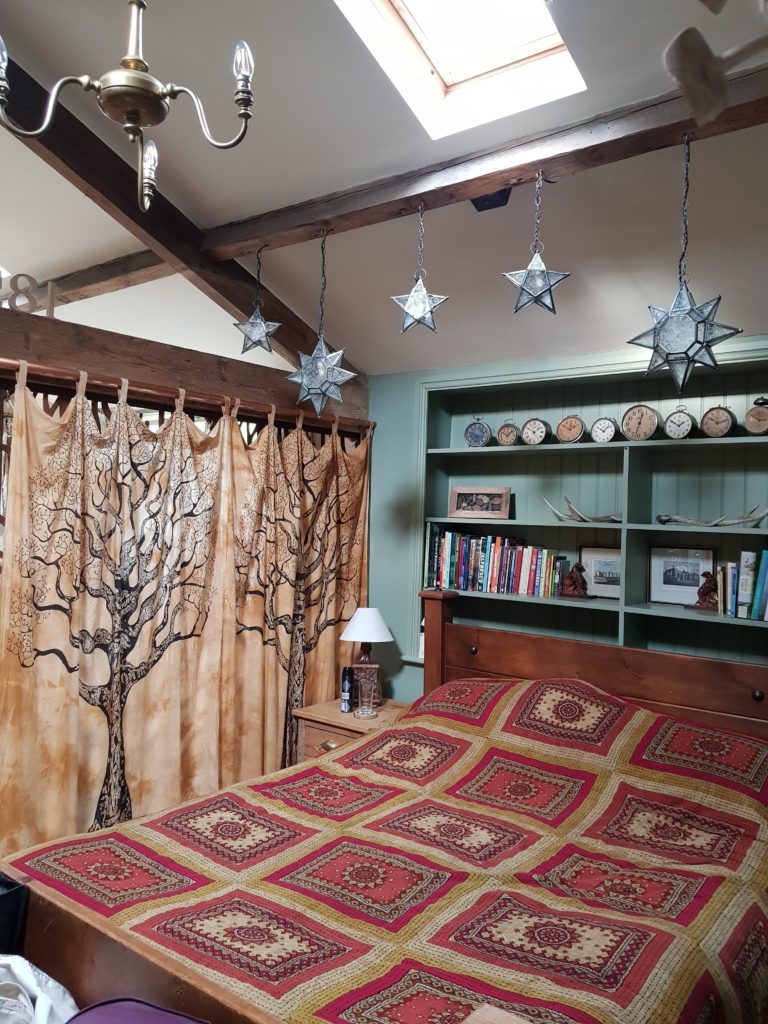 The Thursday drive up to Skipton was wet, in fact most of the weekend was wet, but we didn’t let that get in the way of the fun.

After a nice lunch in the Dales Cottage cafe, we checked into our cottage, freshened up, and headed straight to the beer festival.

It was already busy, seating only available outside on a breezy and showery day, so we went back indoors and kept our eyes open for a chance to grab a seat. Eventually we managed to get hold of two, and seized on the chance to pull them up at the end of a table as some people got up to leave.

We ended up chatting to a couple from Dewsbury, and had so much in common with them that Jill ended up swapping phone numbers. I was a bit dubious about this myself as Jill was getting a bit squiffy, but they seemed friendly enough. We bumped into them again on the Saturday while having a drink in the Boathouse pub, overlooking the rain lashed canal.

Friday saw enough of a lull in the rain to allow us a long walk through Skipton Castle woods, a very pleasant hour or two culminating in a quick pint in the very noisy Albion pub, just around the corner from our accommodation. 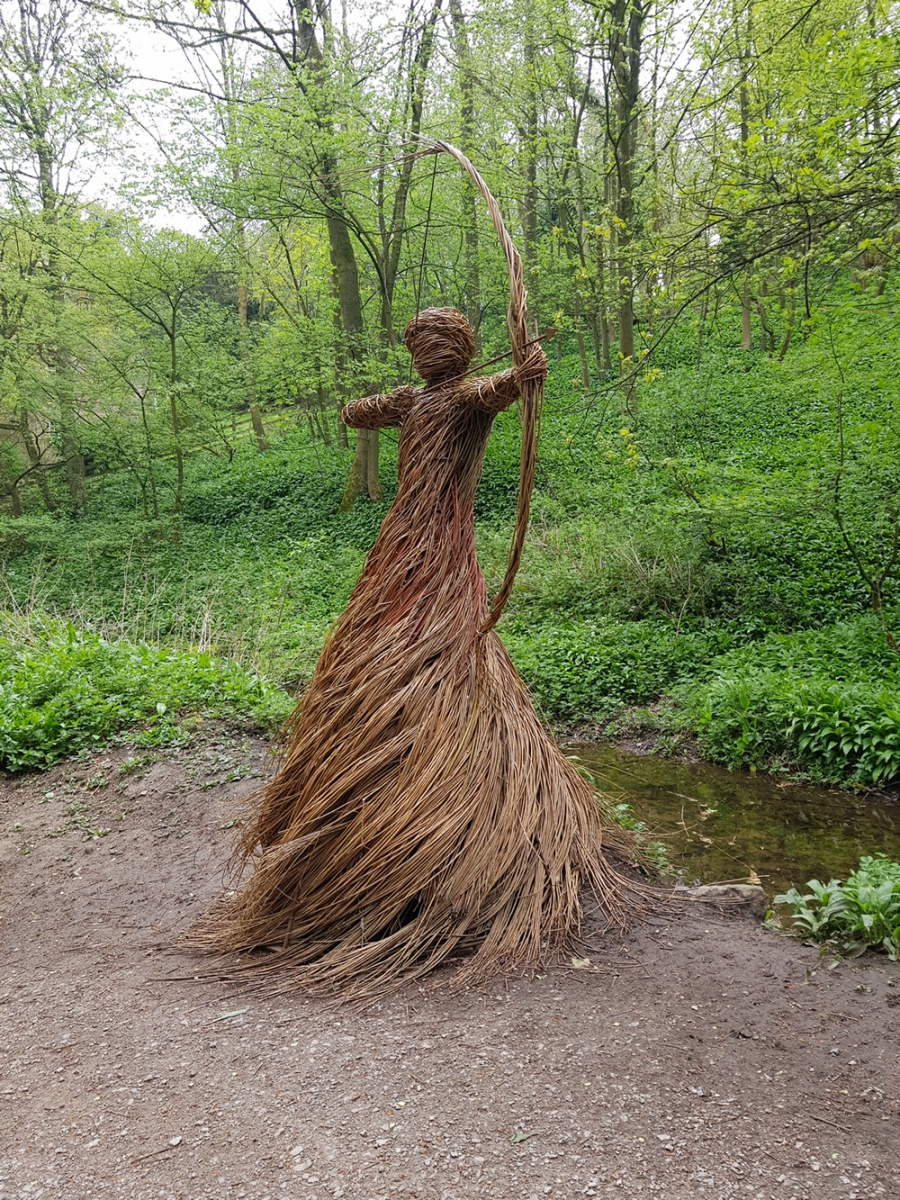 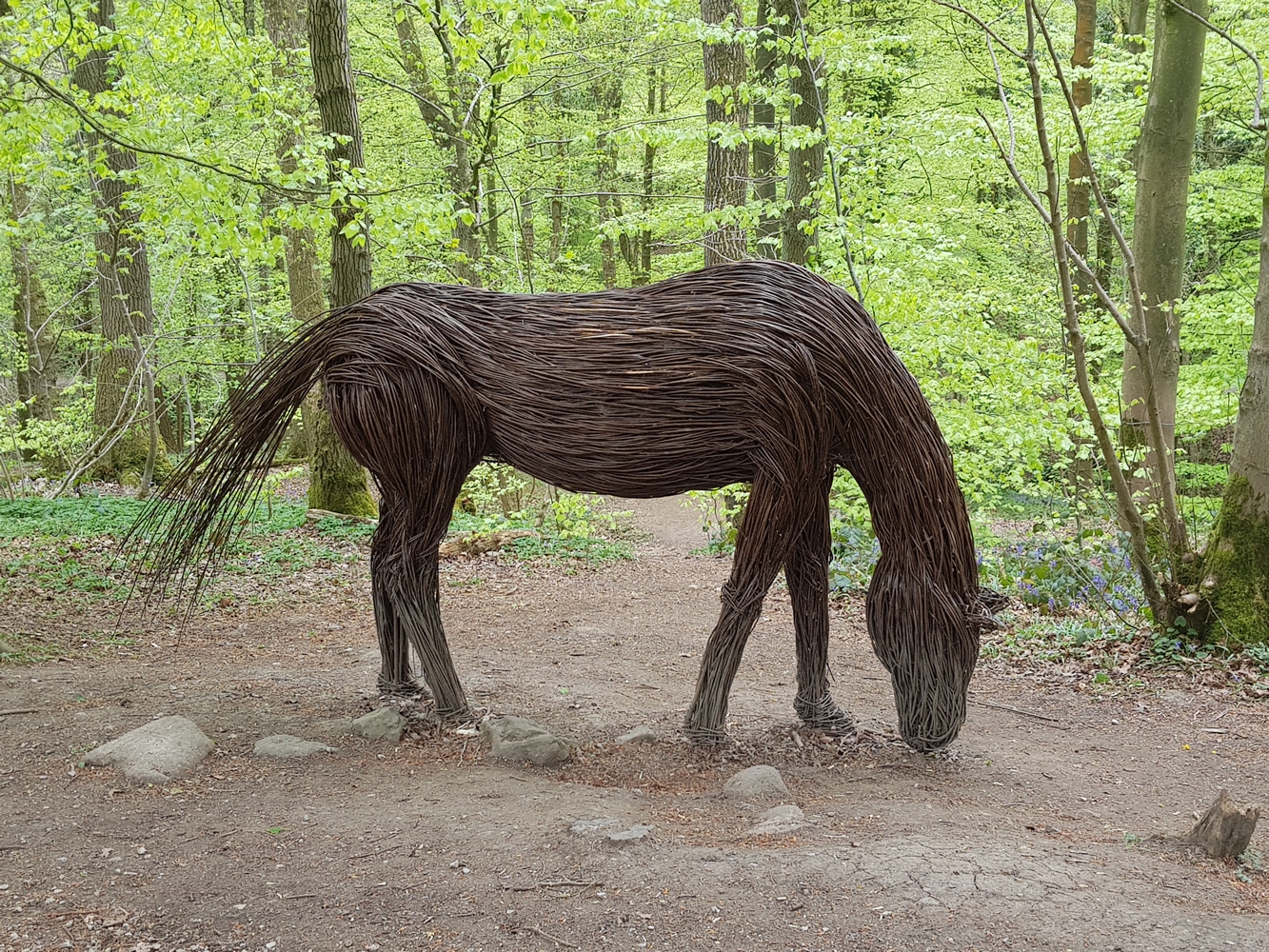 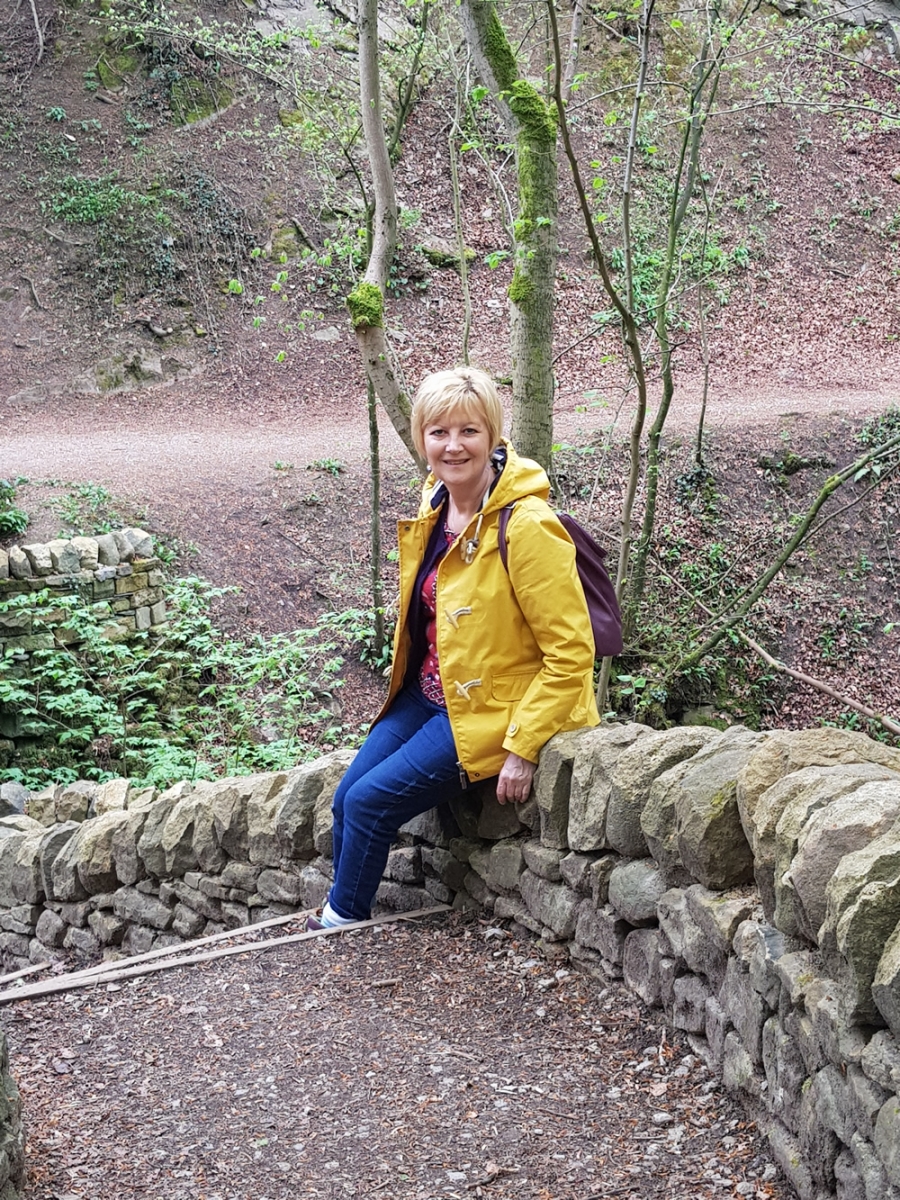 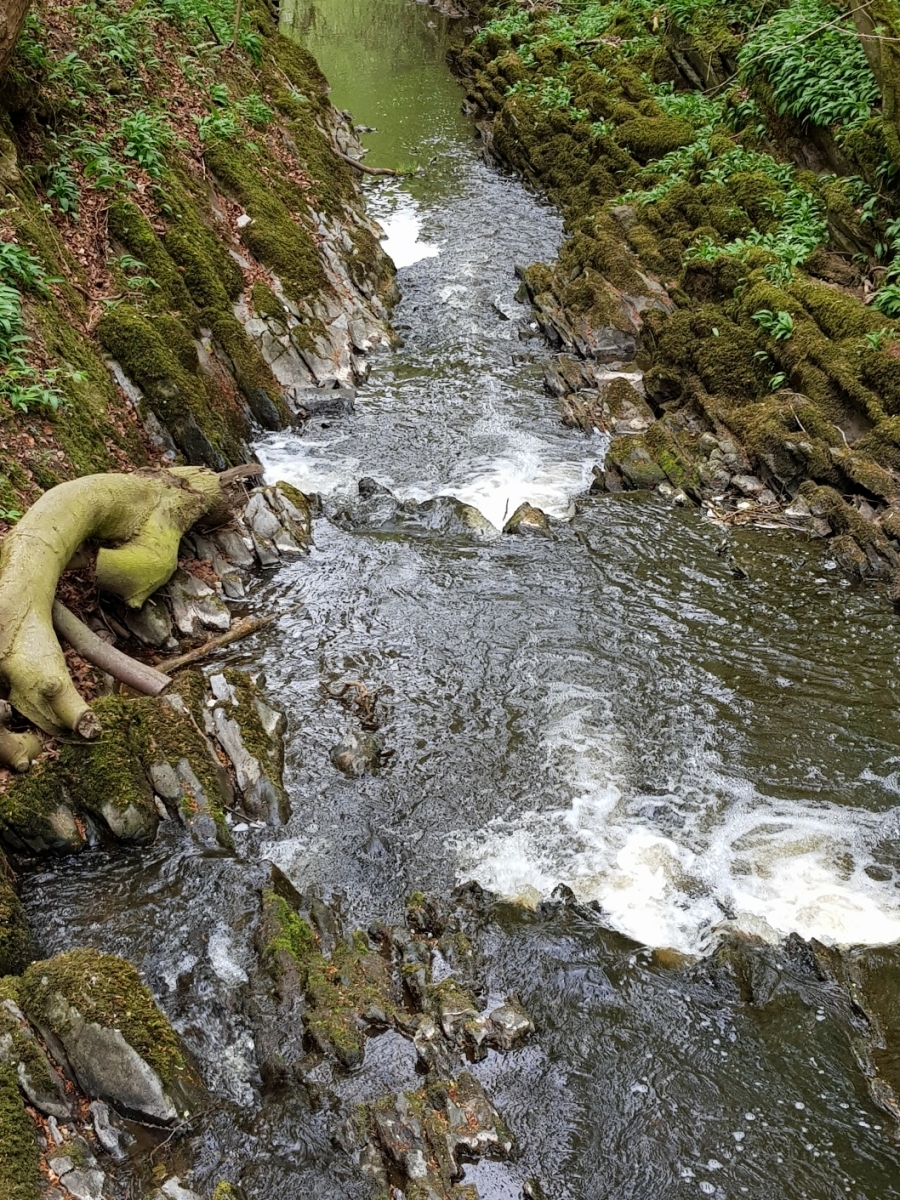 That evening we dined ‘at home’ with an M&S food bundle, fish pie, carrots and peas, and a nice bottle of wine rounded off with cheese and crackers; although we had to walk through the rain to Tesco for the crackers. 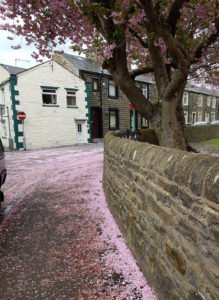 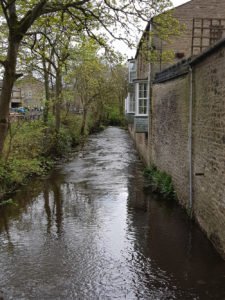 Saturday we had planned to either do a canal boat journey, or the Embsay steam train to Bolton Abbey. The persistent rain put paid to that however, so we alternated between browsing shops and popping into pubs. We had a poor quality takeaway from Busy Lizzie’s chippy for tea, freshened up after a nap, and went out for a few beers in the evening.

We finished the night in the Beer Engine micropub on Albert Street, listening to a great set from Blind J Bear Johnson, whose eyesight appearead to be as good as his voice.

On Sunday the weather improved and we decided to do the railway. It turned out to be something of a disappointment. Return tickets were £12 each, and I can’t say it was value for money.

Due to having to leave the cottage at 10, we didn’t have time for a proper breakfast, so I had a quick (and horrible) sausage sandwich in the buffet at Embsay, which was only edible after I’d smothered it in brown sauce. 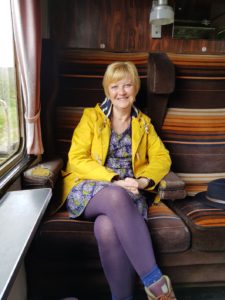 The train was in a poor state of repair, I appreciate that this is a work in progress but the service was equally shoddy. There was only one step to get on the train, and the unhelpful guard made us think that were getting on the wrong carriage, saying that we could get on there but we would have to walk down the train. We just sat down in the nearest seat anyway. The departure was delayed for around 35 minutes, with no explanation as to why.

We became even more confused when someone stuck his head into our compartment to say that we wouldn’t be stopping at Bolton Abbey (the main reason for the journey), but that we would be coming straight back. He then returned to say that we would be spending an hour at Bolton Abbey, and afterwards he would be taking us to Knaresborough! Thankfully, Jill spotted the National Express logo on his jumper, and realised that he had nothing to do with the railway; he was the coach driver for the group of people further along the train who were on an organised trip.

It was a slow but pleasant journey, and as we got off the train it became obvious what the delay had been. They’d had to swap the engine, and rather than the advertised steam engine we’d been pulled by a diesel!

Apart from the buffet, there was nothing at all around the station, and the only thing to do was walk to the Abbey, which involved a one and half mile walk across fields that were full of sheep. It’s a good job we had our boots on!

Once there, a wander around the abbey ruins and surrounding grounds passed an hour or so; but we then realised we had quite a bit of time to kill to wait for the return train, owing to the late departure we had missed the one we should have caught. 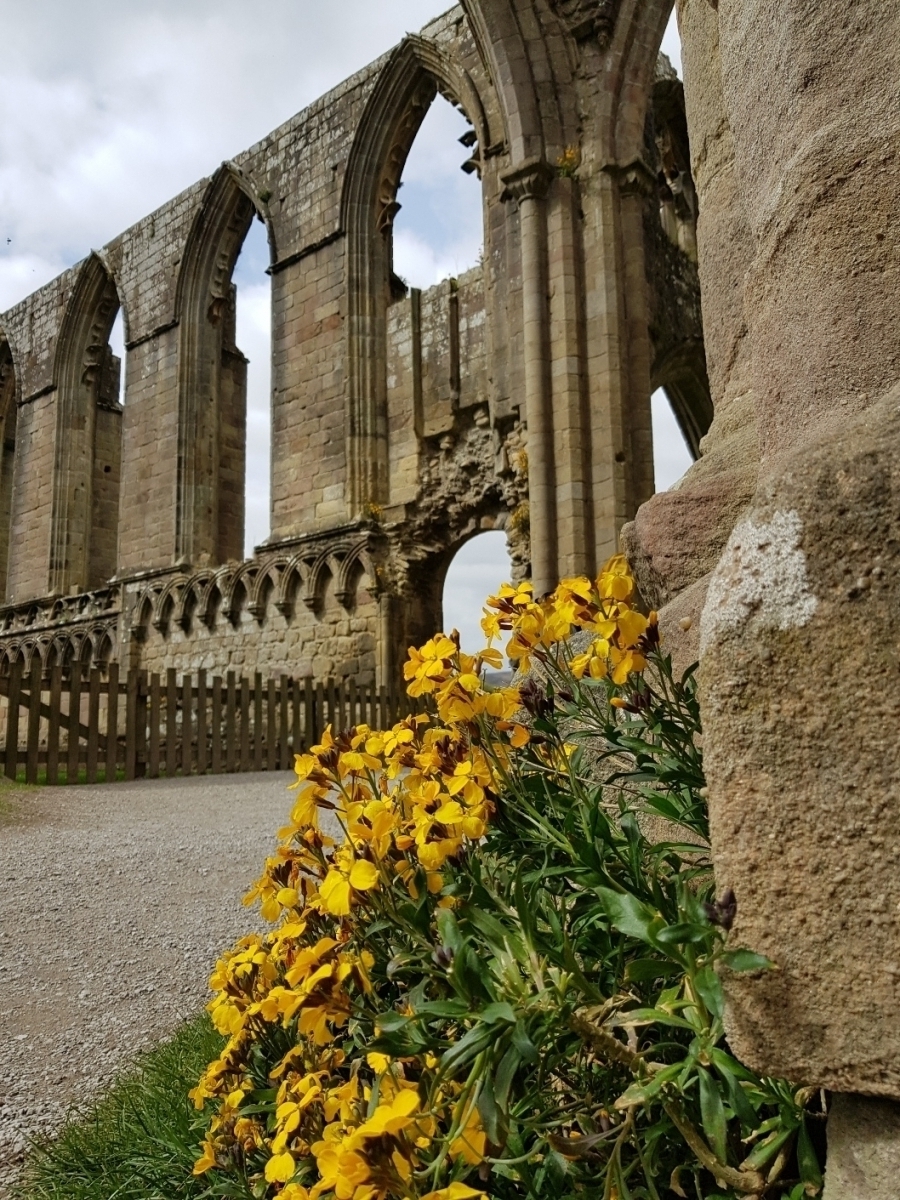 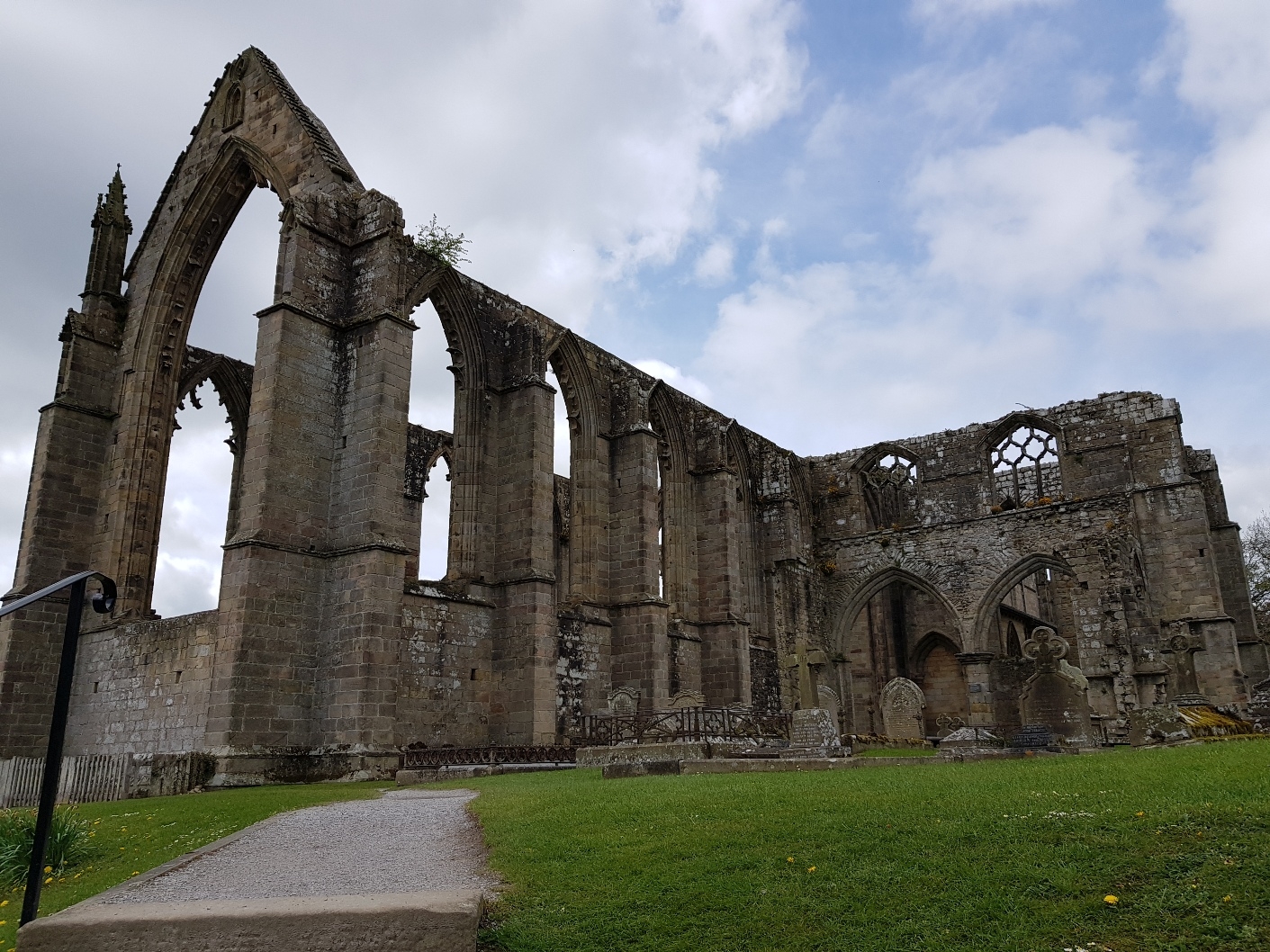 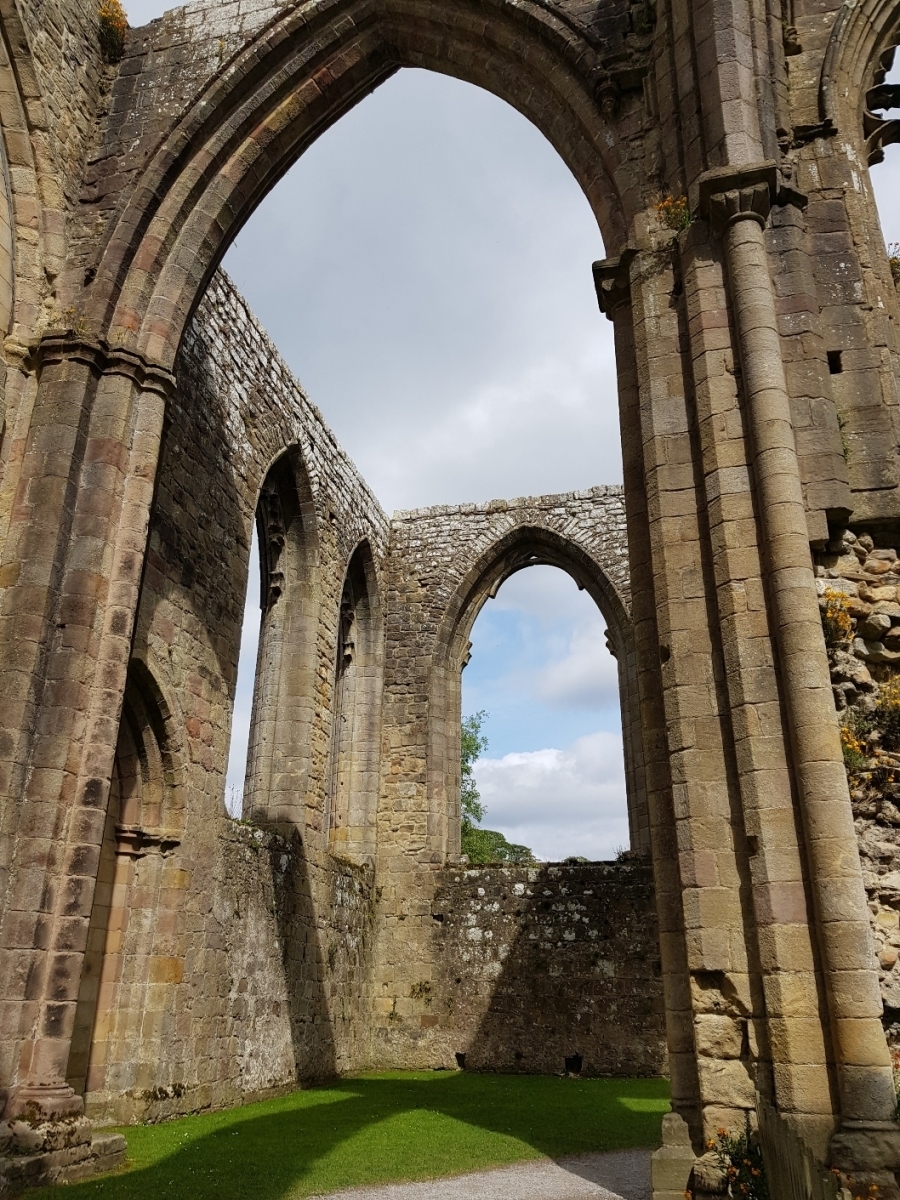 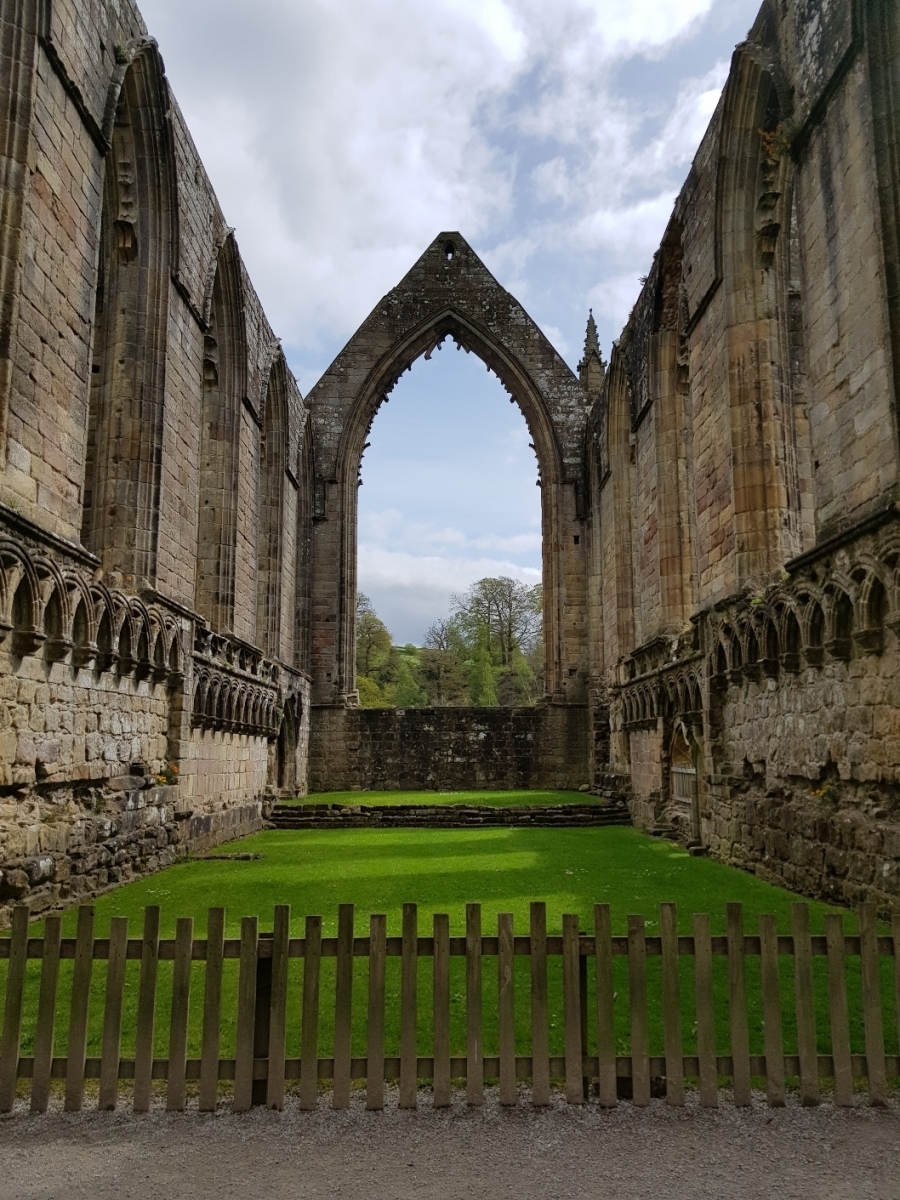 The return journey was slow and tedious, including a further delay of around 15 minutes while we pulled onto another line to wait for a train coming the other way. We were relieved to get off.

It was a great weekend overall despite the weather, and already we’re thinking about returning to Skipton again. We certainly won’t be returning to the railway however!