December 27th, Christmas over and time to take Michael home to suburban London. A chance for mum to inspect his new Rickmansworth flat.

We decided to take the scenic route rather than the long boring A1. It took a while longer but we made good progress until nearing the outskirts of the capital. Queuing traffic on the motorway delayed our arrival, so we headed straight to Tesco for a bit of shopping and takeaway curry.

We spent an uncomfortable night on the creaky sofa bed after enjoying a few beers. Then after a brief morning walk around the attractive town centre we were on the train to King’s Cross.

Unable to check in early, we had to console ourselves with a couple of hours shopping at the nearest Craft Beer Company bar. Suffering from a chest infection and cold, the uphill climb nearly did me in though. After a major coughing fit I was glad to lower myself into a comfy chair.

After freshening up at the hotel, we hit the crowded streets in search of the lights we had come to see. It was absolute mayhem! People were spilling out onto busy roads trying to take photos, while irritable drivers sounded horns and picked their way through the madness.

A convoy of boy racers in supercars didn’t help matters. Lots of people were trying to photo and video them as they sat in the jam with engines over-revving and backfiring noisily.

The lights were amazing, strung across the streets and adorning upmarket shop frontages. Thousands of tourists jostled for the best vantage points, with virtually everyone holding up a camera or mobile phone. Some of them could have done with rear view mirrors to avoid rear end collisions. 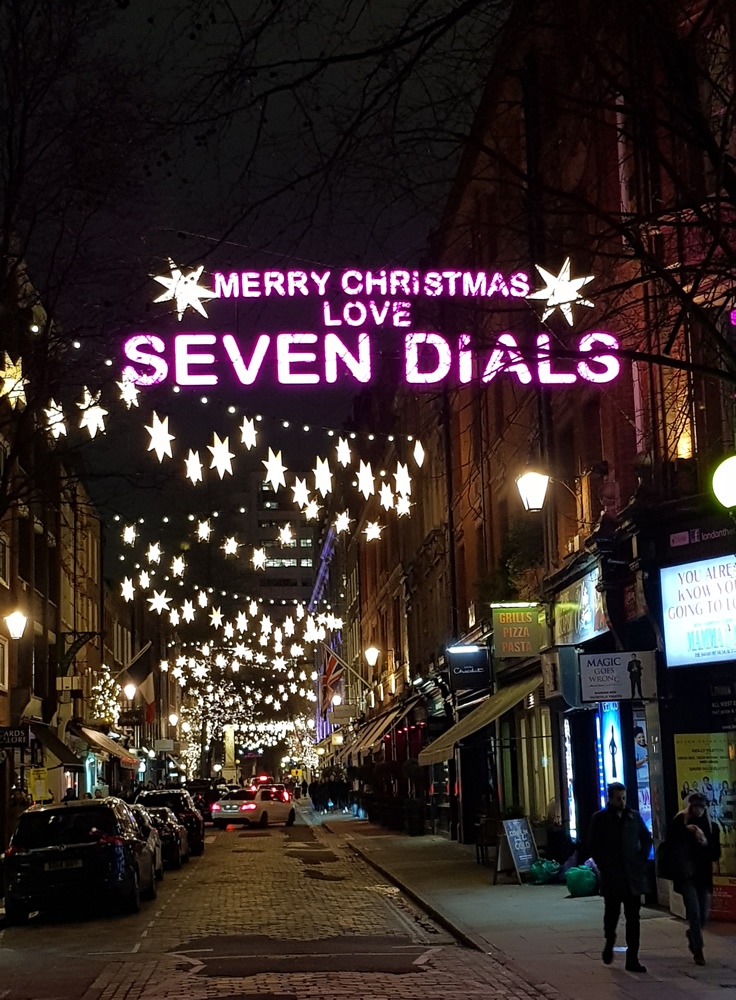 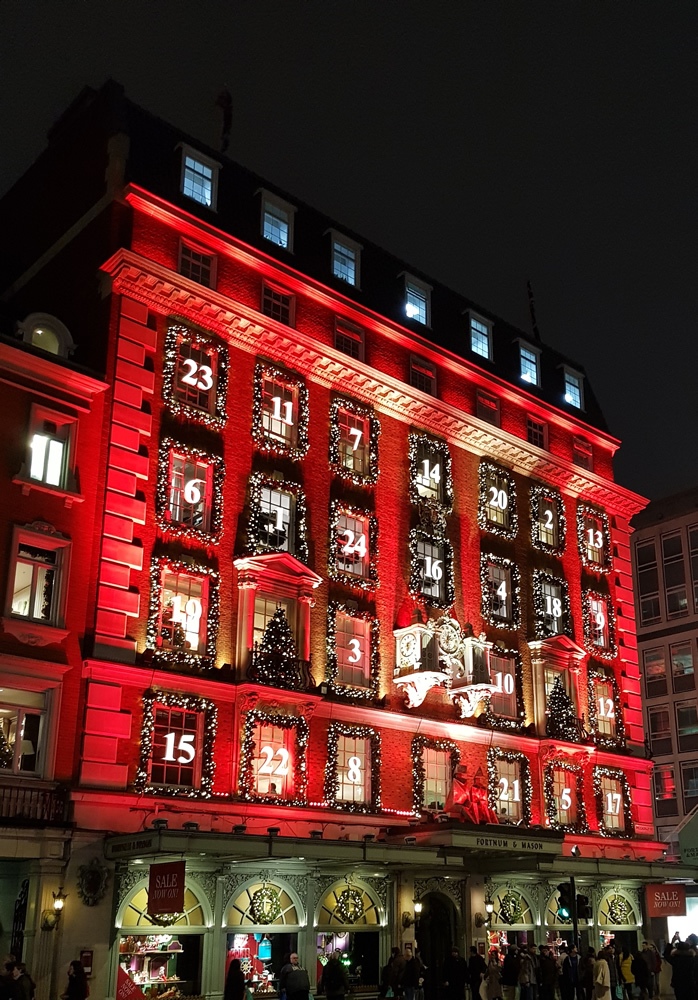 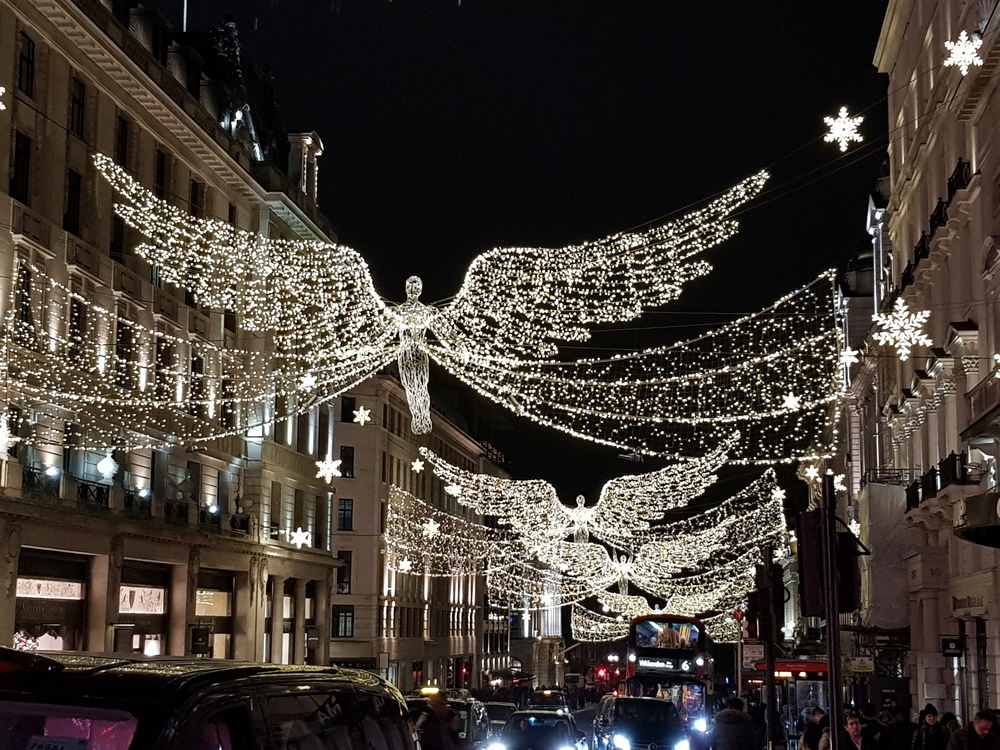 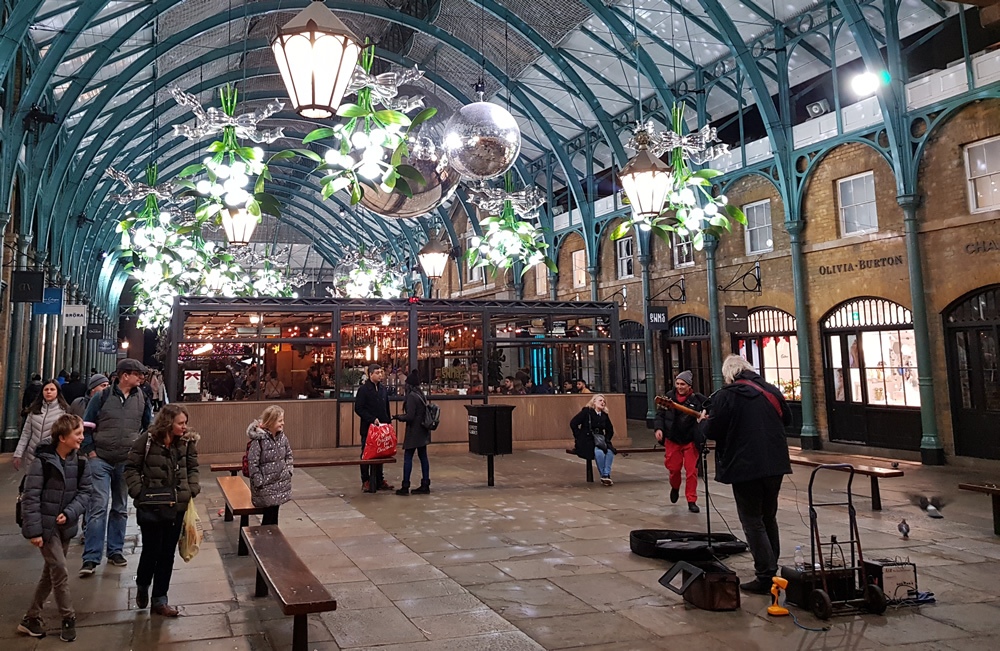 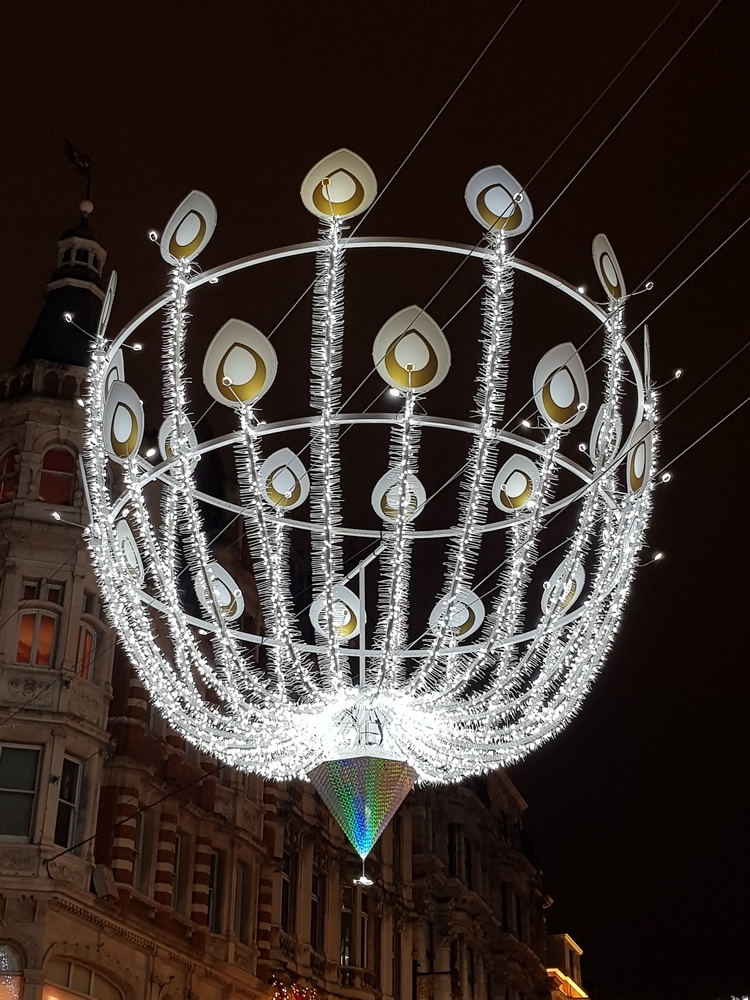 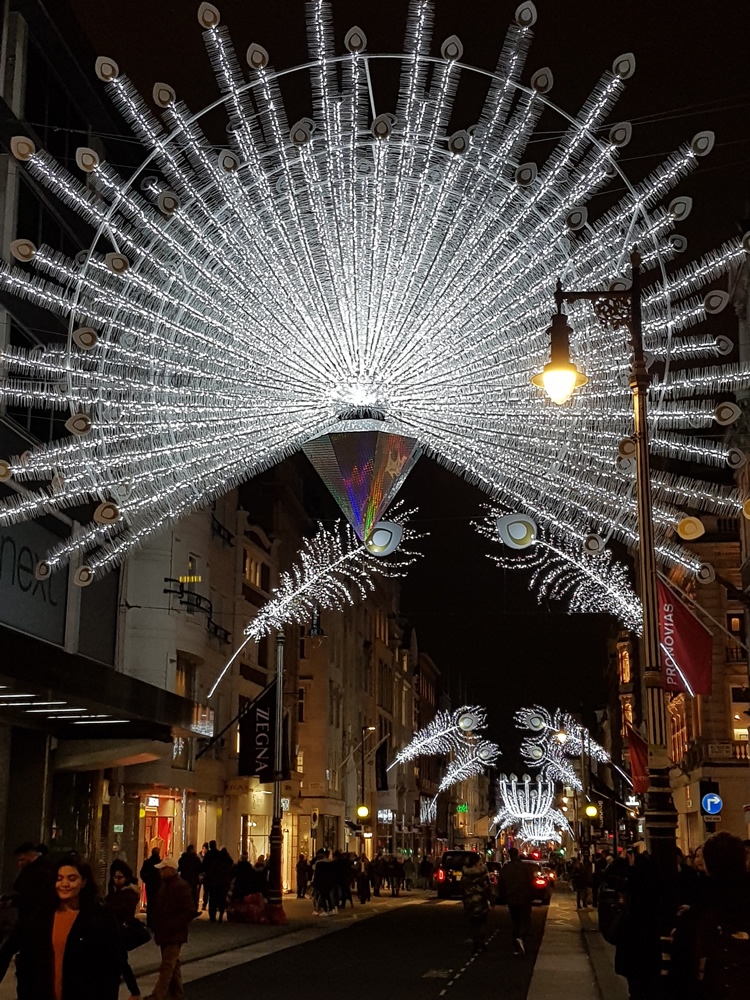 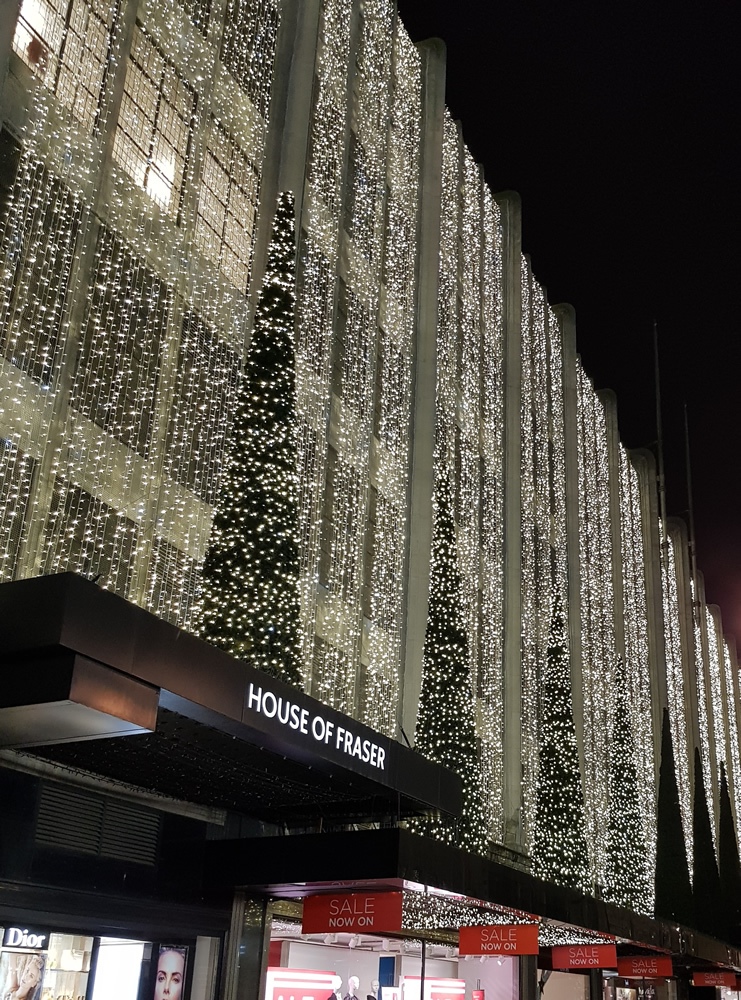 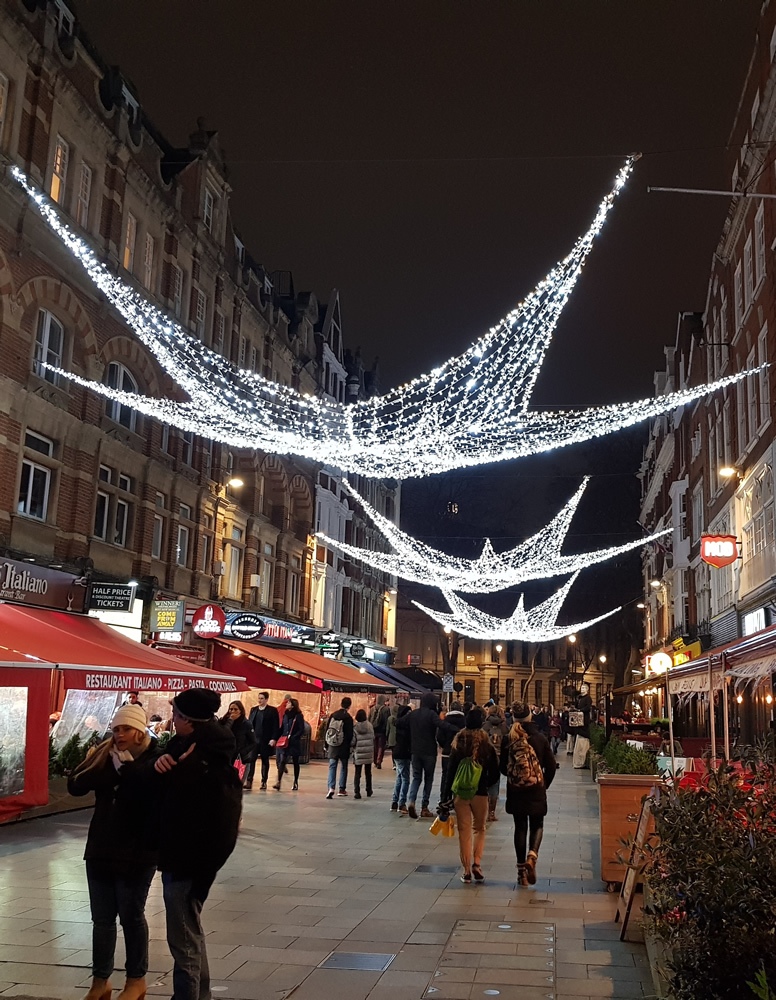 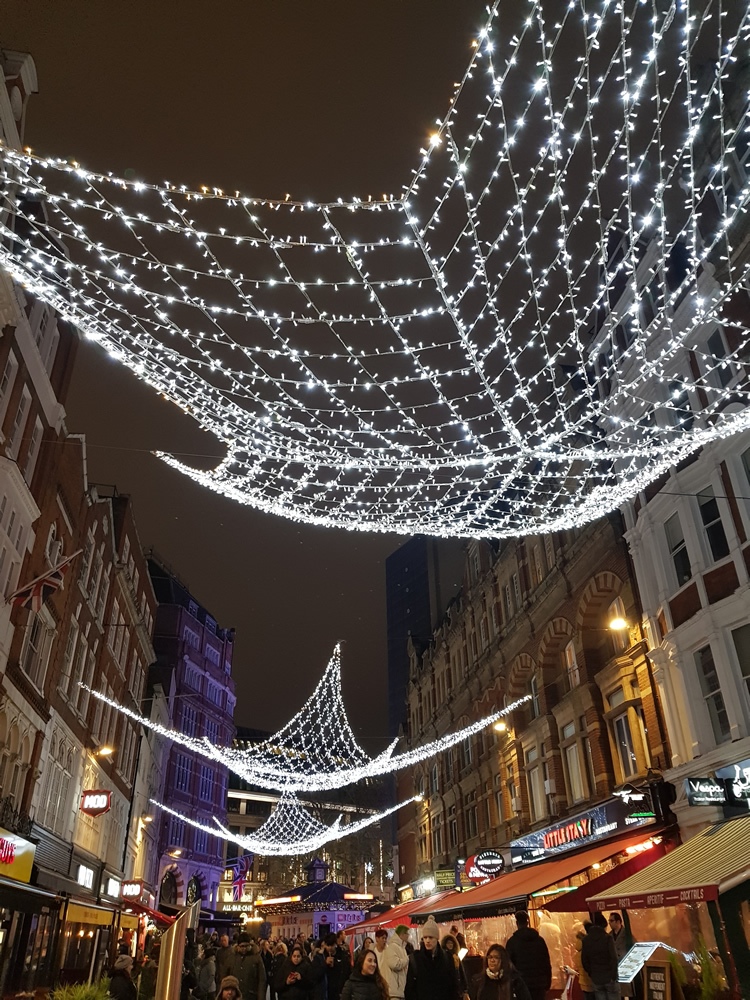 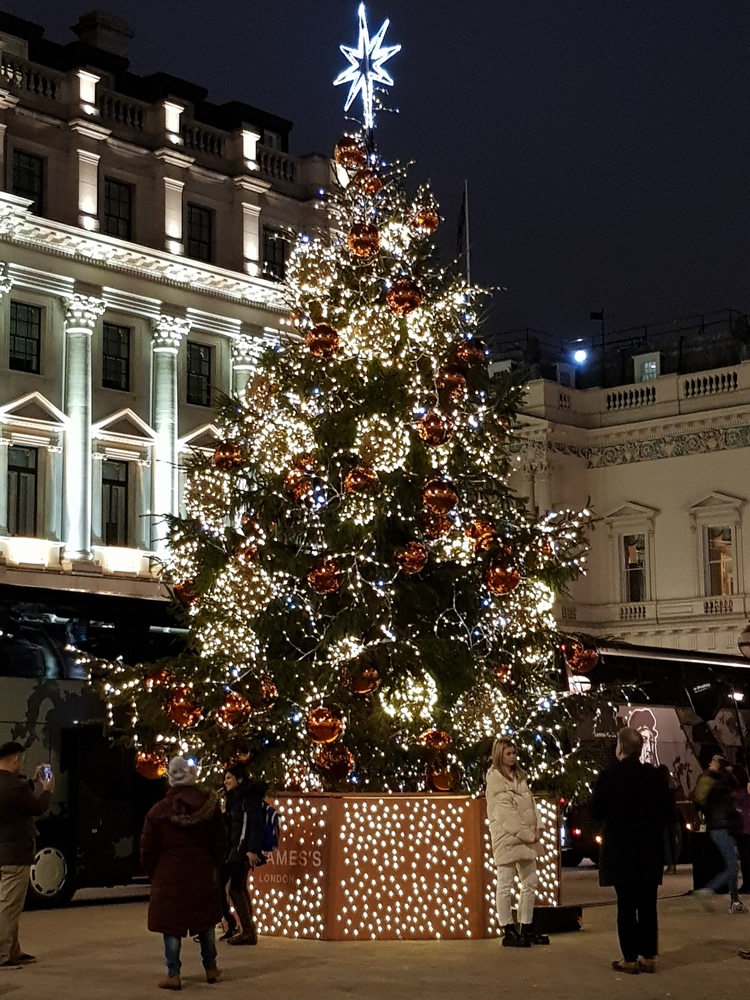 We broke up the sight seeing with a visit to Bella Italia. The food wasn’t great and neither was the service, we’ve had much better in the past.

Covent Garden was next port of call. Not for the first (or last) time on this trip we didn’t have our radar properly calibrated and wandered around trying to get our bearings. We got there eventually but we must remember to bring a map next time. Things had quietened down a bit and we could enjoy the decorations there in a more relaxed atmosphere. There was a busker performing to what little of the crowds remained. I tried to capture a picture of Jill with the decorations in the background but we were photo-bombed by a pigeon… Jill’s nemesis! 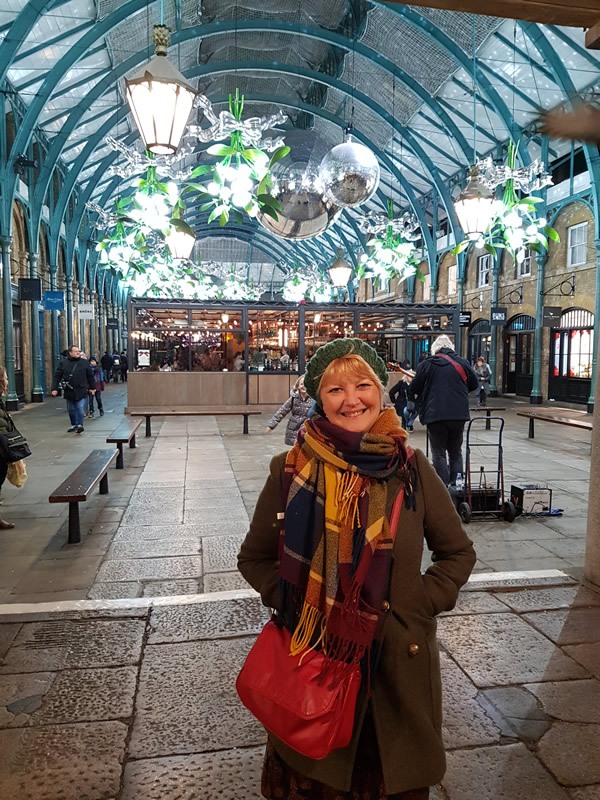 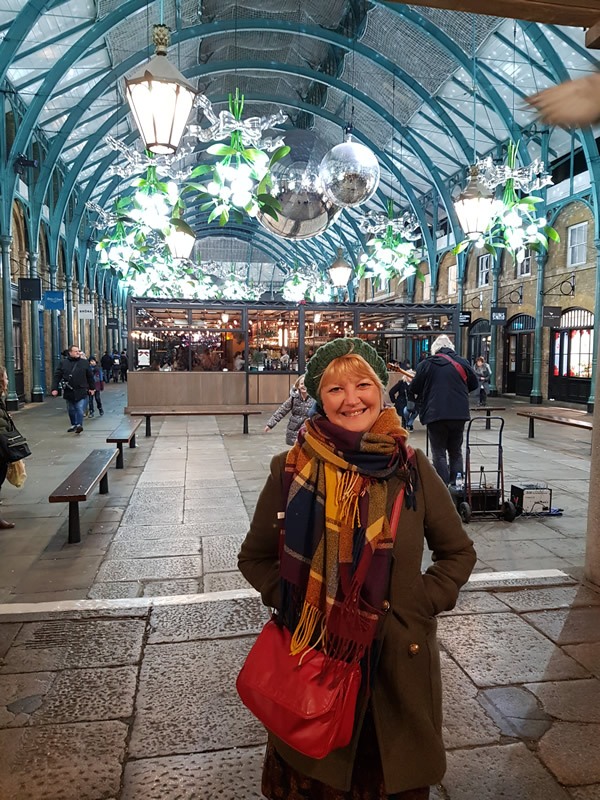 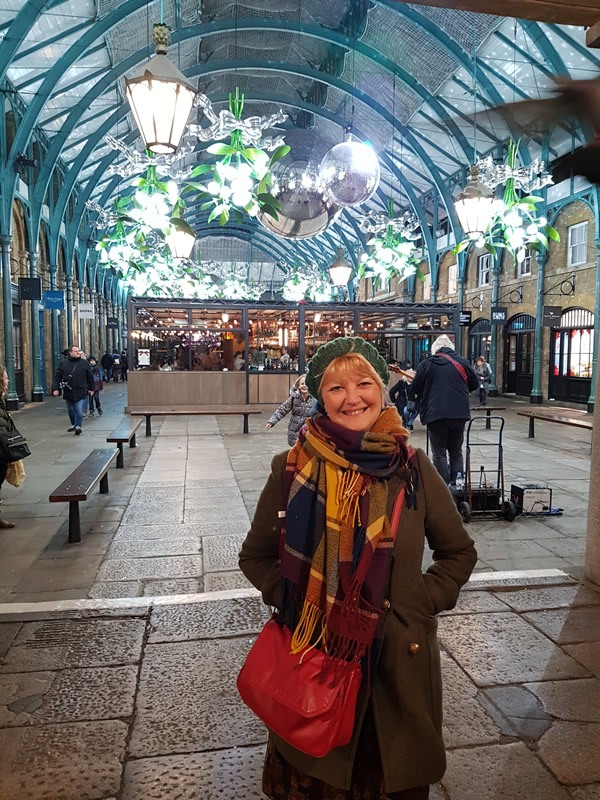 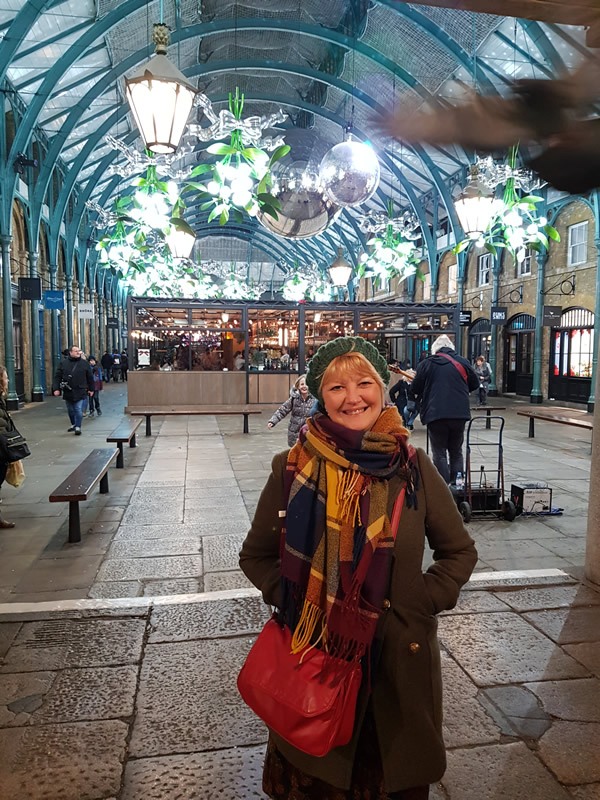 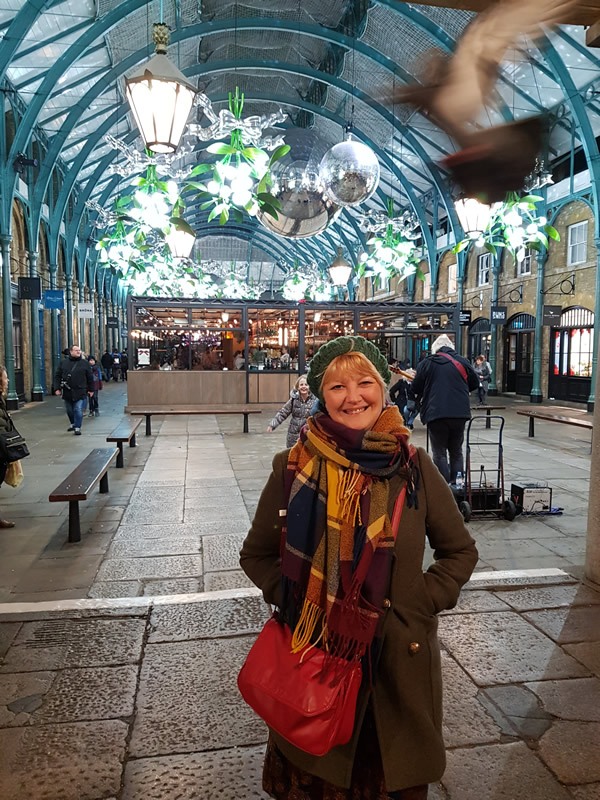 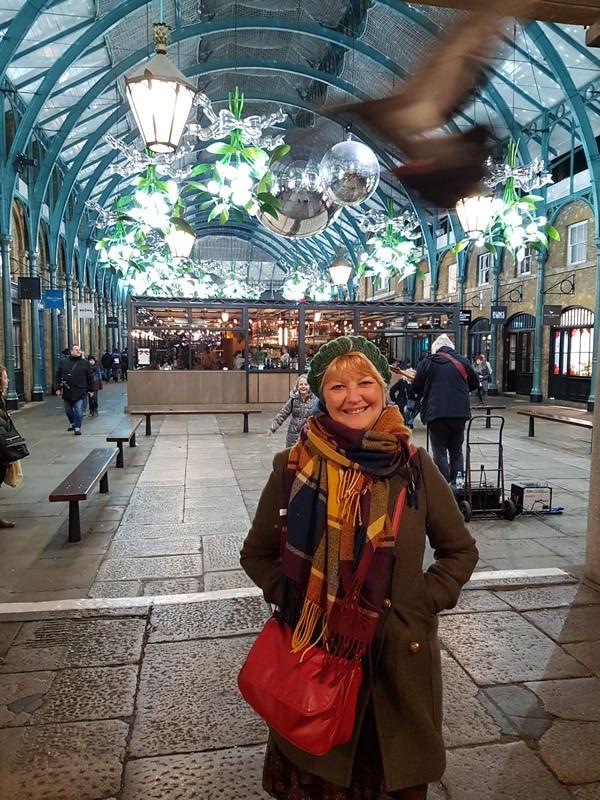 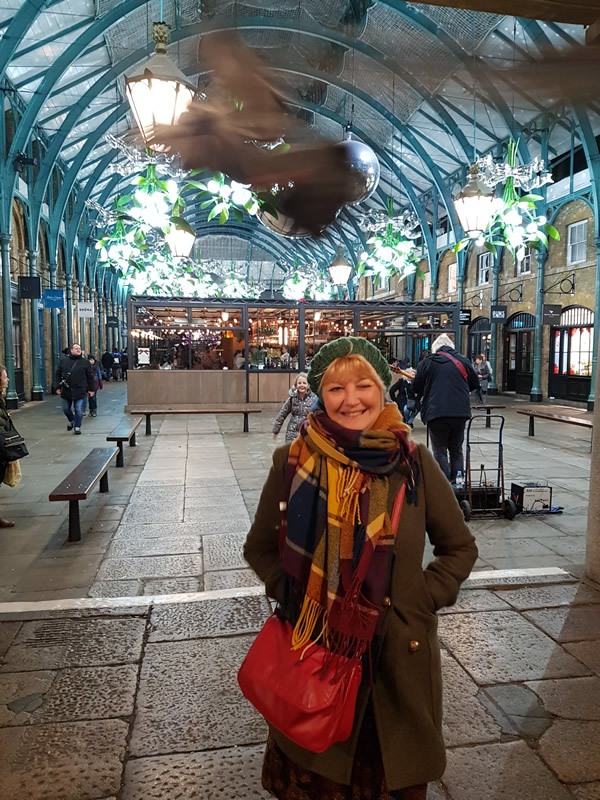 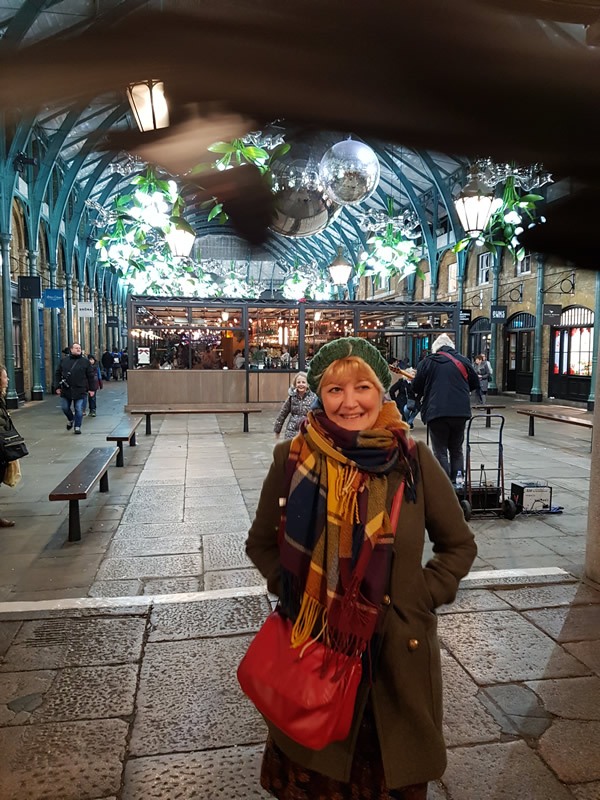 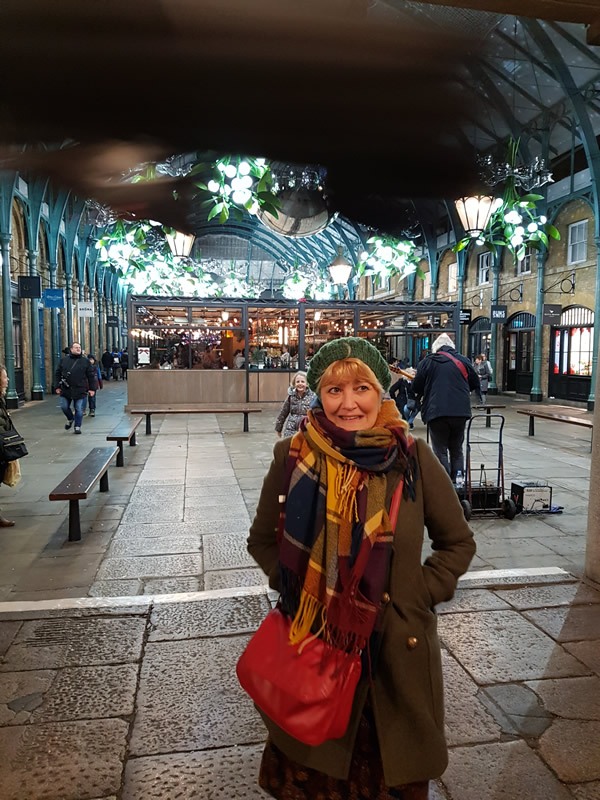 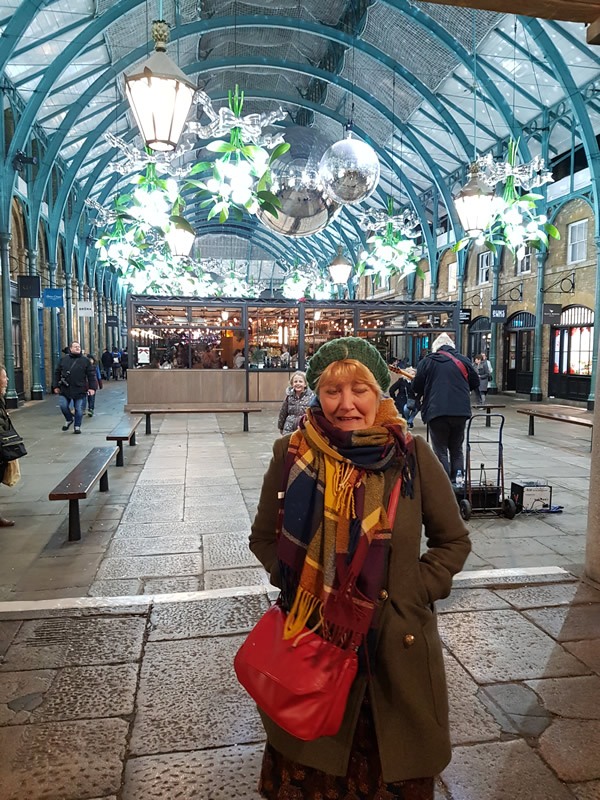 We finished off the night with another visit to one of our favourite Craft Beer Company bars on Endell Street. It took us a while to find it again so we had to make it worthwhile by staying for a couple before heading back to the hotel.

It was a long journey back home the next day. What should have been a straightforward journey to Rickmansworth was interrupted by a tube closure and a rather unhelpful employee who pointed us in the vague direction of the replacement bus service which took us an age to find. We picked up our stuff from Michael’s and took the quickest route home, though it still took us around 4 hours.

It was a good weekend but a tiring one, and we were reminded again of the benefits of going by train…. providing the service is running that is.