Meet the brewer nights in pubs are nothing new, in fact they’re getting quite popular, but this was the first time I’d come across an evening with two breweries, challenging for the right have their most popular beer on the bar for the forthcoming month. It was fairly quiet when we arrived at the New Inn, we’d brought a couple of guests with us (my sister and brother-in-law) and we were a bit worried that the evening was going to be a bit of a let down. Maybe we’d just got there too early though, as the evening went on more people arrived and 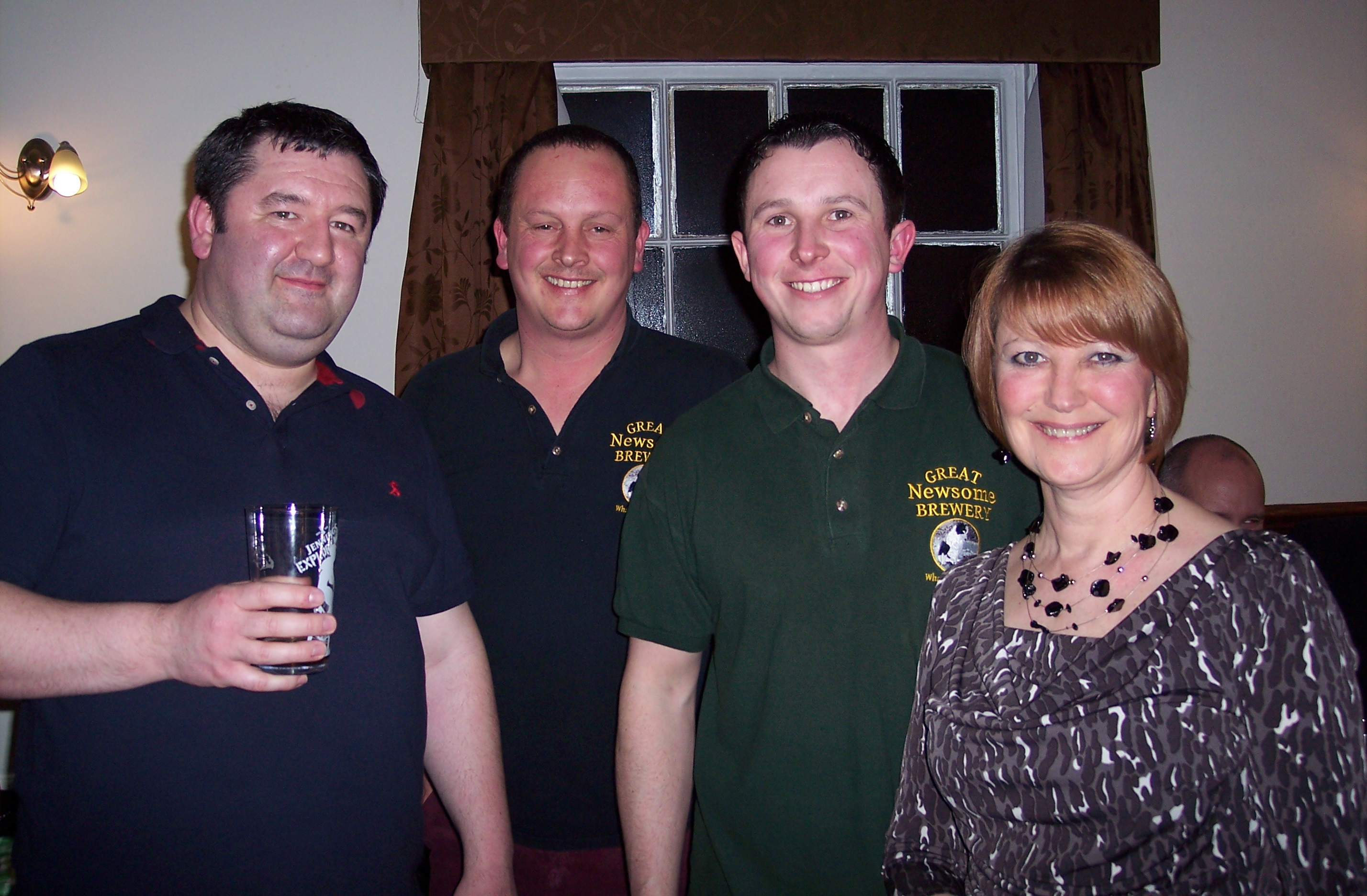 the atmosphere gradually built up a head of steam.

The challenge was for each brewery to present three of their best offerings in a blind tasting, and for the customers to vote for their favourite three over the weekend. Although the pump clips had some information such as the strength and style of the beer, the actual names where kept a secret to avoid giving the game away. We had been told in advance which beers were up for judging though so it didn’t take a great deal of guesswork to figure out which was which. We started with the lowest strength beer, and worked our way up the ABV ranking to finish with the 5.5% porter which just might have been one of our personal favourites from Brass Castle, and the 5.7% IPA. All the beers were good and very reasonably priced at £2.60 a pint. Two of them were served from the bar in the back room, and the other four from a rather wobbly makeshift bar by the back entrance. We had to prop our elbows on it at one point to stabilize it while the barman pulled our pints!

Part way through the evening we had the first of two talks, First up on the hustings was Phil from Brass Castle, a young guy who is clearly very passionate about what he does. We had a brief history of how and where the brewery was founded, the ideas behind their philosophy of brewing, and then a description of the beers they had brought with them. That really gave the game away! 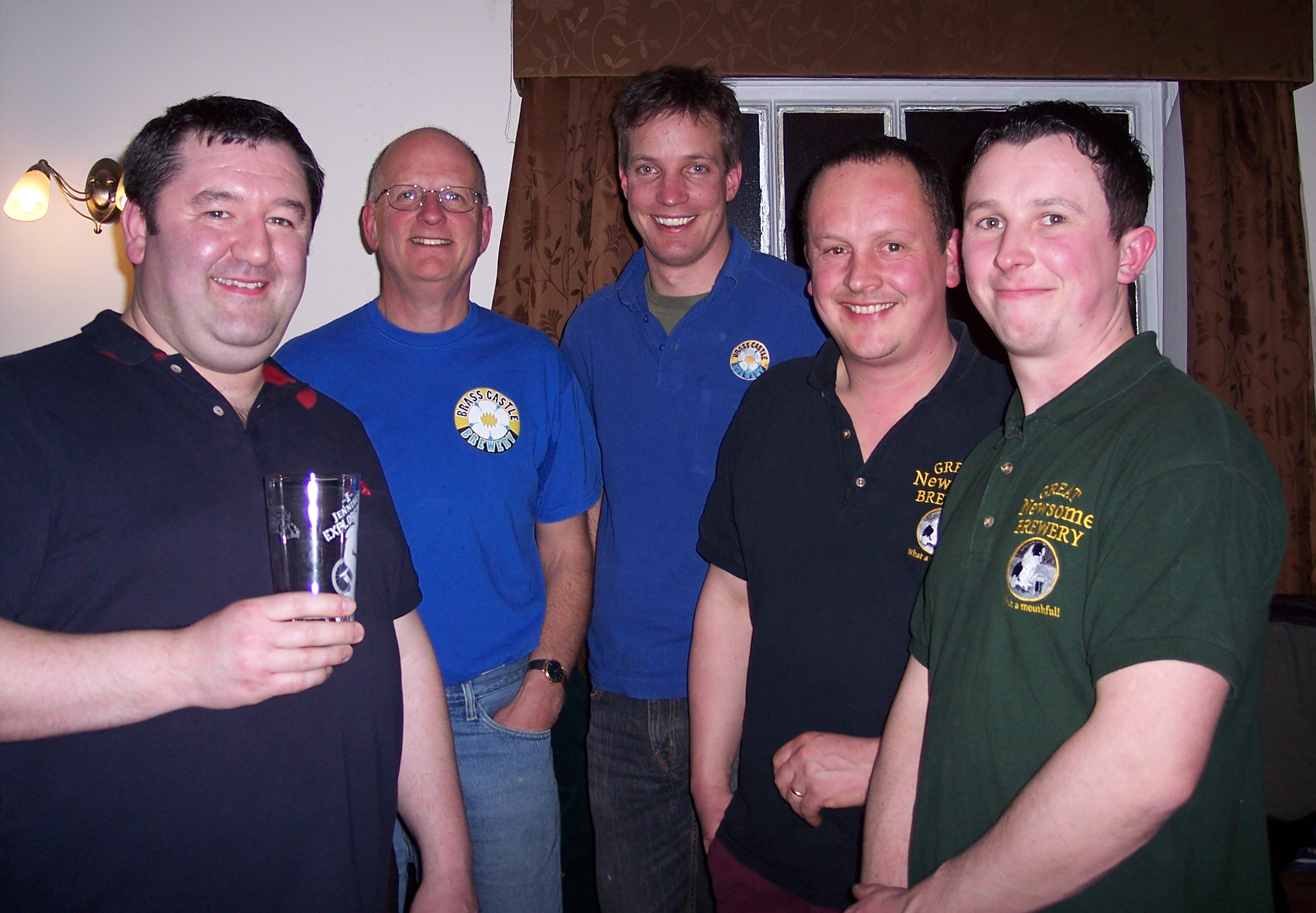 After an interval for more beer and banter it was time for Matthew’s reply from Great Newsome. Matthew was clearly nervous at the prospect of standing up to talk to this roomful of eager drinkers but once he got going there was no stopping him, he had to be practically dragged off the floor towards the end!

Following the talks there was opportunity for a more informal chat with the brewers. There were a few samples of hops and malts which had been brought in which added quite a heady aroma to the atmosphere around where we were sitting.

To round off the evening there was a hog roast going on somewhere, we didn’t see where it was happening but there were plenty of people coming through with takeaway cartons to take home for their supper. It was a very enjoyable evening overall, entertaining, informative, with good beer and good company. What more could you ask for on a visit to your local?

And the results are in!