As active CAMRA members (CAMpaign for Real Ale) Jill and I sometimes enjoy trips out with the local branch. Here is an account of the Pub of the Year trip we went on in March 2013.

Is it really a whole year since we last did this? A cold Sunday morning, Jill, me and Phil Birtles waited at Cross Keys bus stop for the coach to arrive.

Right on time the crew arrived, and with a couple of extra stops to make at Tesco and Beverley, we were on our way to the first port of call, the Marine Bar in Bridlington. By the time we were fully loaded there were 25 members on board.

The Marine Bar was very busy with locals when we arrived with it being Sunday lunch, most of them appeared to be of a rather mature age and were a bit bemused by this influx of foreign invaders.

We had Wold Top Bitter, Thwaites Original, Landlord and John Smith’s Cask to choose from. Not the most inspiring range perhaps but the beer was in good condition and was helped down by a small buffet kindly provided by the licensee.

12:45 and we were off traveling again, enjoying a scenic drive over the Wolds on our way to Goodmanham.

The Goodmanham Arms had 3 guests and 6 regular ales including Abbie’s own Mischief Maker and Peg Fyfe Mild, very reasonably priced at only £2.25 per pint. I was treated to a rather large ‘half’ of the mild by Vito as he had run out of half pint glasses as the place was packed (as usual). Both of these beers were spot on and are well recommended.

Next stop Beverley. We were originally going to present a Committed to Cask ward to Fliss at the Woolpack but unfortunately she was absent on the day so we had a bit of extra time to spent in the Green Dragon. 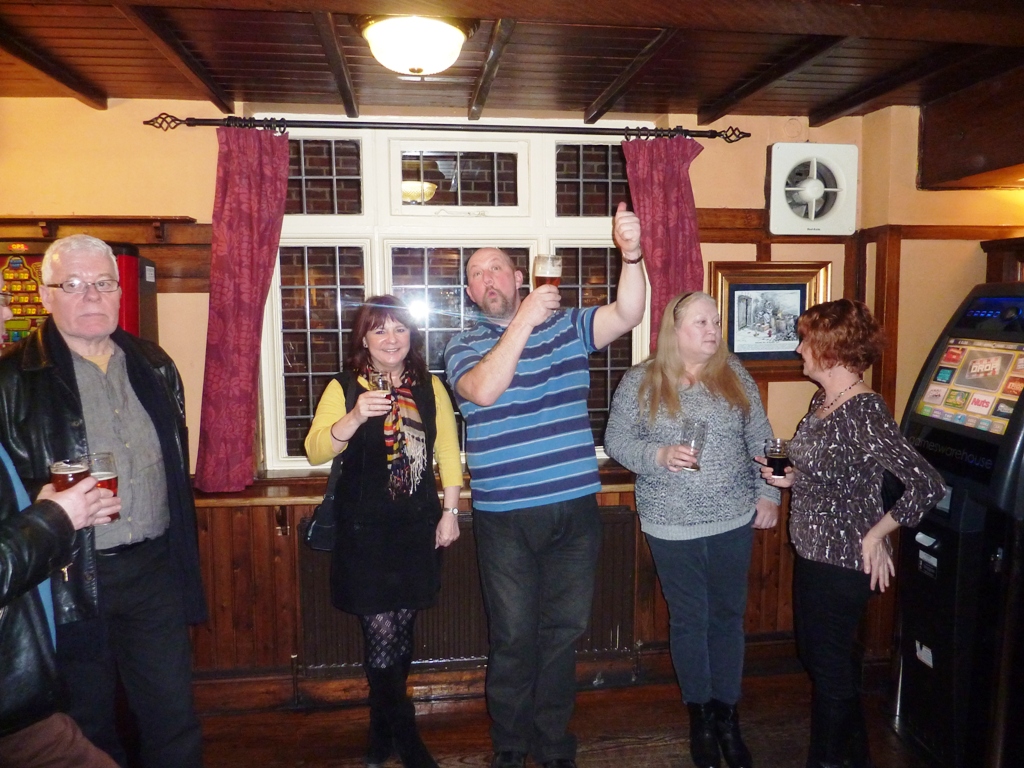 The hospitality in the Green Dragon was second to none, with a small hot snack provided for us all (Yorkshire pud, gravy and a bit of beef), in addition to complimentary ales from their superb selection of hand pulls. A few of us also had desert… one of the staff had made some rather nice buns, selling them on behalf of the Yorkshire Air Ambulance charity specially for the day. 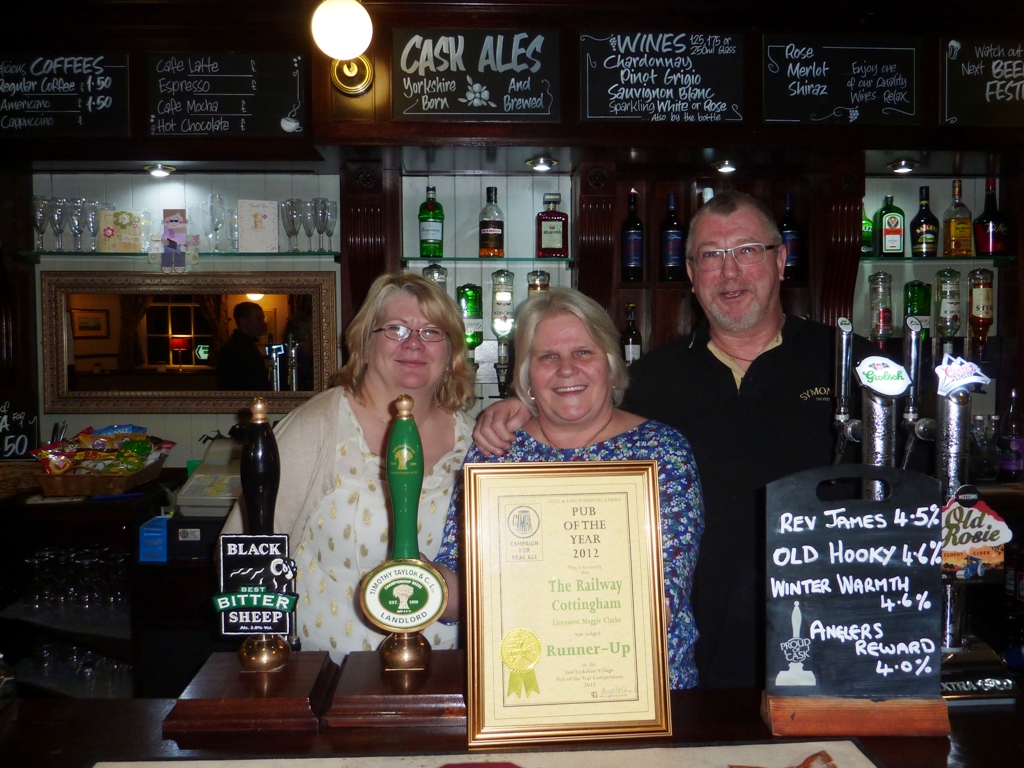 Around 1900 hours we made our exit and headed back into Hull. It was a successful and very enjoyable trip from many perspectives, the beers enjoyed, the company and the banter, and some nice snacks thrown in it was the proverbial good day out.

For those of you who have never been on these trips before, you really ought to make the effort to come along next time we have one. They’re great fun and take us to places we would probably rarely if ever get to on our own. So next time you see a survey or social trip advertised, get your hand in your wallet/purse, get off your backside and join us. You never know, you might even enjoy it!